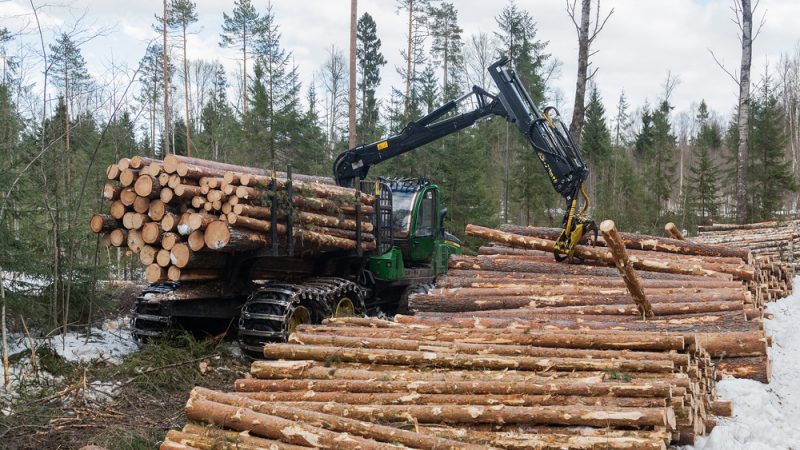 The two countries said forestry falls under EU member states’ competence and cannot be regulated at the European level.

With the new strategy, Austrian policymakers fear a decline in wood production by 10% – a heavy blow to the industry as forests cover 50% of Austria.

According to Agriculture Minister Elisabeth Köstinger, Austria already has high standards of sustainability in the usage of forests in place. The minister also highlighted the importance of the sector for the country.

“In Austria, we want to push back fossil resources by using more timber, as we want to give preference to renewable resources,” she said before meeting her EU counterparts on Monday in Brussels.

The Austrian forest association also criticised the strategy, claiming that the EU would try to make up for their alleged delayed response to climate change by overburdening the forestry sector and thereby depriving businesses of their “basis of income.”

Romanian Environment Minister Tanczos Barna meanwhile said that no consultations took place in the Standing Committee on Forests or with EU member states.

Forest protection is also a financial burden for a member state because when exploitation of a forest is forbidden, compensation must be granted to the owners, the minister added.

On Monday, the minister held a news conference in Bucharest to present his position to the Romanian press. He said Romania supported and signed the open letter initiated by Austria calling for a Europe-wide debate on the proposed strategy.

Barna said he did not oppose the targets set out in the EU forest strategy, but called for the clarification of certain issues, such as a funding strategy, to ensure Romania’s interests are not affected.

“It should be noted that at the EU level there will be four countries that will bear the brunt of this monitoring and protection of primeval forests, as they have been defined so far: Romania, Bulgaria, Finland and Sweden”, News.ro quoted Tanczos Barna as saying.

“So most forests older than 100 years will be concentrated in several member states and that is why Romania’s interest is that this forestry strategy, beyond the obligations, to establish the financing conditions and the support that the member states will get when they assume the extremely ambitious goals,” he added.

However, environmental NGOs have long criticised the inaction of Romania when it comes to illegal logging, including in the primeval forests. The European commission also opened infringement procedures against Romania, saying authorities have not taken sufficient measures to manage its Natura 2000 network.