Austria says it will not solve Europe’s Afghanistan problem 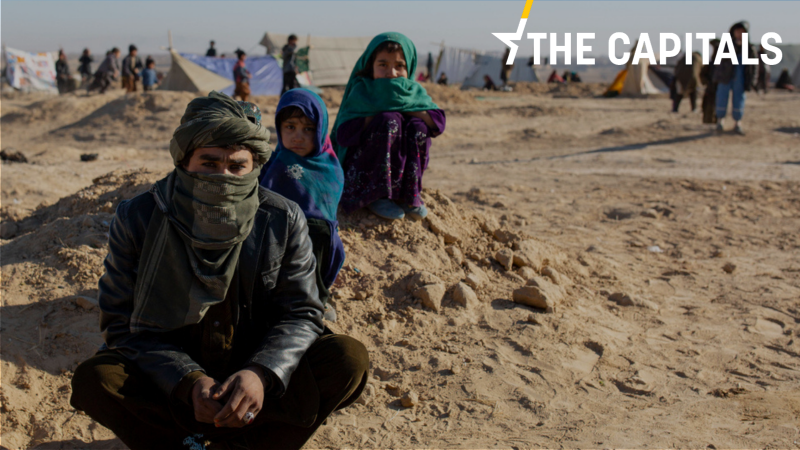 An EU diplomat told EURACTIV earlier this month that Europe fears a new migration wave from Afghanistan following the increasing advancement of Taliban insurgents after Washington’s decision to pull out. [Shutterstock/Amors photos]

Austrian Interior Minister Karl Nehammer has strongly criticised the EU over its migration policy saying it has failed to deliver tangible results. Meanwhile, France has asked for increased presence of the border force Frontex in Europe’s north. EURACTIV’s Oliver Noyan and Anne Damiani report from Vienna and Paris.

Austrian Interior Minister Karl Nehammer asked to increase the number of border guards by 40% due to a surge in irregular migration in a joint press conference with Defence Minister Klaudia Tanner.

Authorities have already apprehended 15,768 migrants at the Austrian border this year, compared to 21,700 in the whole of 2020.

“We get no support from the EU Commission, which prefers to debate relocation quotas,” Nehammer said and claimed that the EU rules on migration do not “make an impact.”

Austria is one of the chief destinations for migrants within the EU, with the Hungarian border now a hot spot for irregular migration and human trafficking.

“In Austria we have one of the biggest Afghan communities in the whole of Europe,” Nehammer said and complained that migrants would have to pass 10 secure countries before reaching Austria. “It cannot be the case that Austria and Germany are solving the Afghanistan problem for the EU,” Nehammer said.

An EU diplomat told EURACTIV earlier this month that Europe fears a new migration wave from Afghanistan following the increasing advancement of Taliban insurgents after Washington’s decision to pull out from the country.

“The post-US Afghanistan poses severe challenges with regards to migration as we expect an increasing number of people attempting to flee from Taliban,” the diplomat said.

In the past months, Austria has continuously voiced criticism of the EU’s migration rules and urged the Commission to focus on firmer border control and resolute repatriations of illegal migrants.

The Commission’s proposal for a new migration pact is currently facing a deadlock as northern and southern EU member states are still divided on whether relocations should be mandatory or not.

EU sources estimate that the German elections in September and the French Presidential elections in April 2022 pose a severe political challenge to reaching a swift agreement.

France asks Frontex to ‘look after the north of Europe’

Meanwhile, French Interior Minister Gérald Darmanin said on Saturday that he had asked the European border surveillance agency Frontex to help in the fight against irregular immigration during a visit to Calais.

“I asked them to look after the north of Europe, particularly the Nord-Pas-de-Calais [the Channel and the North sea] coast,” he said, adding that 60% of the migrants reaching France enter via Belgium.

“Our spectrum must be very wide, we need European aerial surveillance,” Darmanin added.

The minister insisted that as soon as France takes over the presidency of the EU Council on 1 January, 2022, the country will put forward this issue but also “the important advances we must have on the right of asylum and on relations with our British friends, of course.”

Gérald Darmanin also saluted the agreement reached on Tuesday with the UK: the country has committed to a financial investment of €62.7 million in 2021-2022 “to support France in its action to equip and fight against illegal immigration.” France has promised to “reinforce the presence of law enforcement agencies” along its coastline.