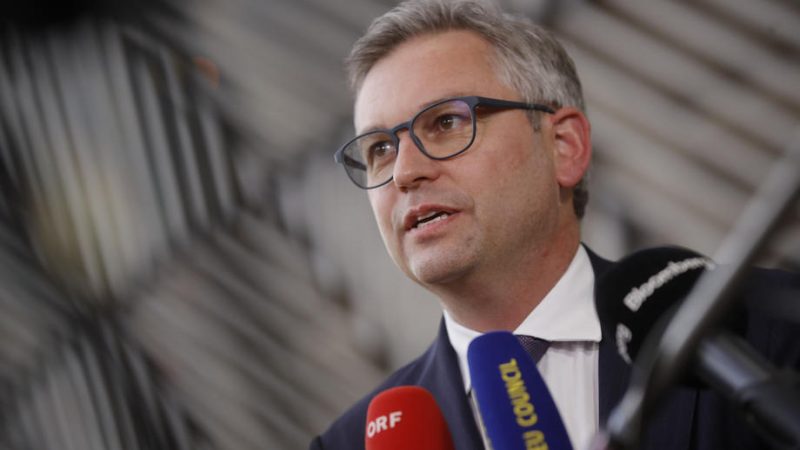 Austrian Finance Minister Magnus Brunner said he has high hopes Germany will support the frugal countries for a swift return to the EU’s strict budgetary rules once the COVID-19 pandemic is under control. On the other hand, his Portuguese counterpart said it was “urgent and fundamental” to review the budgetary rules.

“Germany has always been a partner when it comes to stability. And if you read the German coalition pact, there are a lot of signals in the direction of stability,” Brunner said of the EU’s fiscal rules, which are currently suspended due to the pandemic.

“We are also advocating a return to the stricter rules once the crisis is over,” Brunner emphasised, adding that it is important to create “room for manoeuvre” for future crises.

Austria has long been advocating for a return to the rules of the Stability and Growth Pact, which obliges Eurozone members to reduce their debt level to 60% in the next 20 years and keep their annual deficit below a maximum of 3% of GDP.

France and Italy have been pushing for reform of the strict deficit rules, arguing that they hamper economic growth. The European Commission is currently working on the guidelines of the reform, which are expected to be released in June.

French Finance Minister Bruno le Maire called the Pact “outdated” and emphasised that the reform should focus on “growth.”

“We are open to progress and further development,” Lindner said, arguing that “we need a wise balance between limiting public debt on the one hand and freeing up investment in transformation on the other.”

However, he also stressed that he is “very much in favour of reducing sovereign debt” and that “now is the time to build up fiscal buffers again.”

For his part, Portugal’s Finance Minister João Leão said Monday it was “urgent and fundamental” to review EU budget rules, which provide ceilings for deficit and debt, arguing that this was “an opportune time” for European countries to discuss it.

“Portugal believes that it is urgent and fundamental to review the budgetary rules,” said the minister.

João Leão defended “budgetary rules that are more growth-friendly and, in particular, […] rules that are better adapted to the starting situation of each of the countries, particularly in terms of public debt […] to ensure that countries have room to make the necessary investments”.

He said the revision of the EU’s budgetary rules should allow “not only economic recovery, but also to [respond to] major challenges in terms of combating climate change, which will require major investment”.

“We must have rules that create, on the one hand, the sustainability of public finances, but that do not impose blind cuts that jeopardise economic growth,” he added.