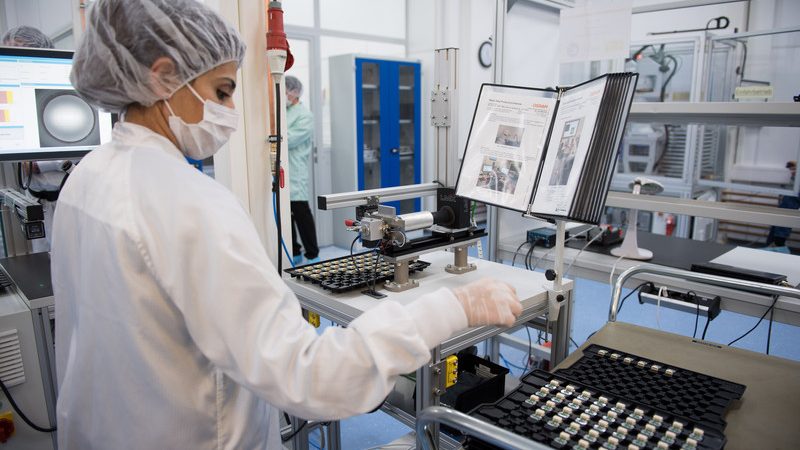 Austria supports the planned EU chips act that aims to bring semiconductor production back to Europe, Digital and Economic Affairs Minister Margarete Schramböck, who also outlined her vision of what the new strategy should look like, has announced.

During a meeting with Commissioner Thierry Breton on Wednesday, the Austrian minister said that “there is no alternative” to strengthening the strategic autonomy of the EU regarding semiconductor production.

“Europe can’t rely solely on services,” she emphasised, adding that “we have to be a forerunner when it comes to technology.”

She also handed Breton Austria’s demands on what the future chips act should look like. According to Schramböck, the strategy to bring chip production back to Europe should rest on two pillars. On the one hand, existing chip production should be strengthened. Europe should also push to become a forerunner in producing smaller nanometre chips – which are currently almost exclusively produced in Asia and are particularly affected by the current chip shortage.

“We can’t rely on the functioning of the global supply chain,” she said, as semiconductors – “the oil of the 21st century” – are too important to depend on foreign suppliers.

Due to a global supply shortage in semiconductors, many European manufacturers had to halt production in recent months. While Europe’s share of the international semiconductor production has steadily declined in the last decades, the European Commission aims to reverse the trend and bring chip production back to Europe and make the EU less dependent on international supply chains.