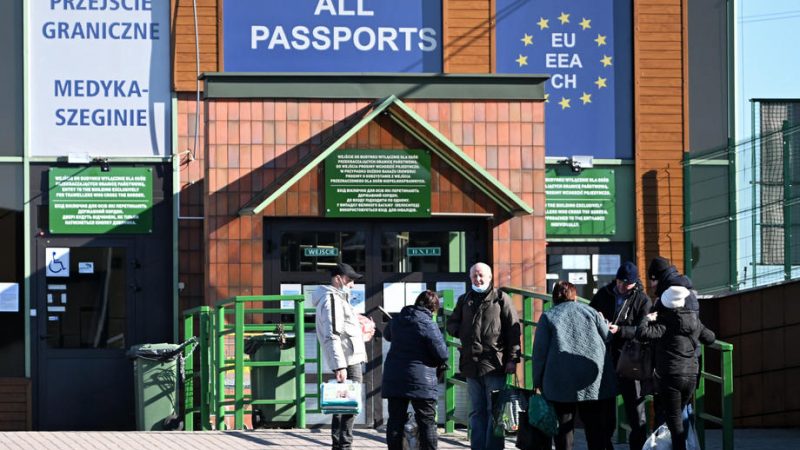 A View of the Polish-Ukrainian border crossing in Medyka, Poland 24 February 2022. [EPA-EFE/WOJTEK JARGILO]

Austria will assist its neighbouring states in dealing with the expected influx from Ukraine following Russia’s military attack by admitting Ukrainian refugees despite its general restrictive migrant policy.

Multiple EU countries neighbouring Ukraine have already signalled their willingness to take in refugees from Ukraine and are preparing for thousands of migrants.

“Pressure is building up on the Slovakian, but also on the Hungarian and Polish borders. We must now support these countries in solidarity,” Austrian chancellor Karl Nehammer said on Thursday. “We are a European family, and families stand by each other,” he added.

While Austria has long been advocating against admitting more refugees to the European Union and has continuously pushed for stricter border controls, Vienna showed a willingness to take in refugees from Ukraine.

Following the 2014 annexation of Crimea, Austria was not among the host countries for Ukrainian refugees and has no noteworthy Ukrainian community.

“We are ready, if necessary, to take in refugees from Ukraine,” Nehammer said.

According to the United Nations agency, UNHCR, around 100,000 Ukrainians are currently fleeing the country following the Russian invasion.

“We cannot confirm exact numbers yet, but it is clear that there has been significant movement within the country and some movement across borders,” UNHCR spokeswoman Shabia Mantoo said on Thursday.