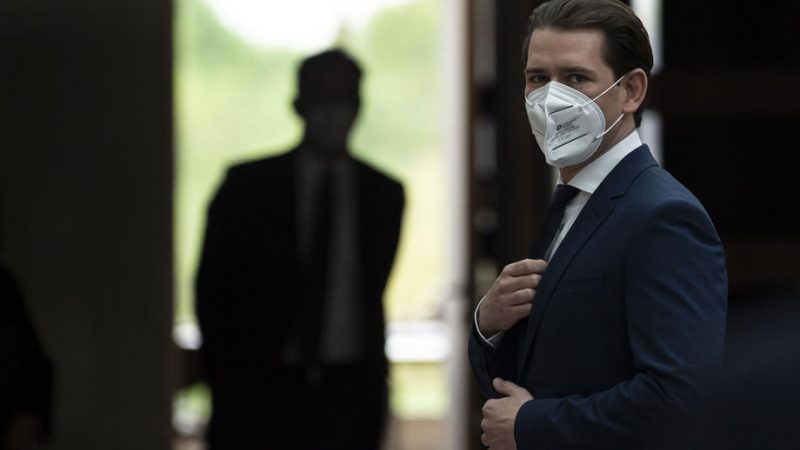 Austrian media outlets are calling the scandal a “May-bomb”. The Austrian Chancellor retaliated by claiming that the committee was trying to “twist his words” and that he always answered truthfully. [EPA-EFE/LUKAS BARTH-TUTTAS]

The Prosecutor’s Office for Economic Affairs and Corruption has begun its investigation of Austrian Chancellor Sebastian Kurz for allegedly giving false testimonies on multiple occasions to the parliament’s investigation committee set up in the wake of the “Ibiza-gate” scandal and tasked with investigating political corruption in the former Austrian government.

Austrian media outlets are calling the scandal the “May bomb”. The Austrian chancellor has responded, claiming that the committee was trying to “twist his words” and that he always answered truthfully.

The controversy surrounding the alleged false statements is rooted in the appointment of Thomas Schmid as the head of Austria’s state holding company, which administers investments in nationalised companies.

While Kurz claimed in front of the committee that he was not involved in the appointment, it was later revealed that he had been in close contact with Schmid.

“You get everything you want,” the chancellor allegedly messaged Schmid at the time, who responded: “I love my chancellor.”

Kurz is the second politician in his cabinet to be accused by the Prosecutor’s Office for Economy and Corruption. As recently as February, the office started investigating Finance Minister Gernot Blümelfor allegedly granting political favours in return for party donations.

However, despite the recent scandals, Kurz’s party is still holding up well in national polls, polling at 35%. (Oliver Noyan | EURACTIV.com)