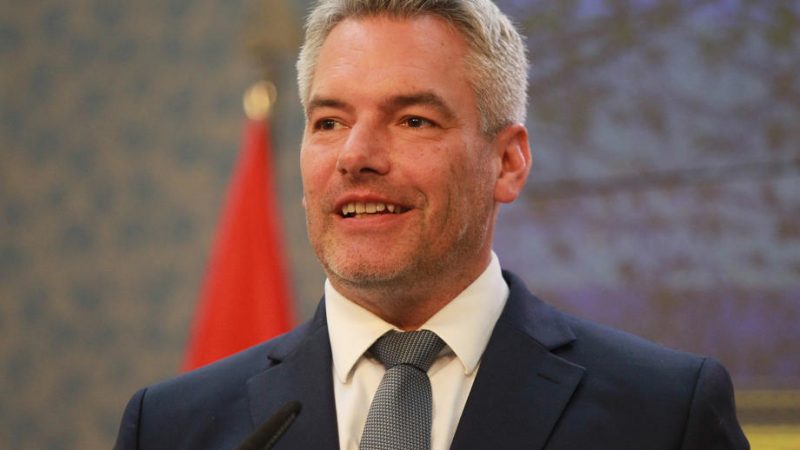 This is the 14th government reshuffle since the conservative-Green coalition entered office two years ago, but Nehammer emphasised that the government would now be stable. [EPA-EFE/MILAN KAMMERMAYER]

This is the 14th government reshuffle since the conservative-Green coalition entered office two years ago, but Nehammer emphasised that the government would now be stable.

“The last week was marked by changes. But I can assure you that the government is capable of acting,” Nehammer stressed on Wednesday.

Green Vice-President Werner Kogler also defended the coalition, stating that the government would still be “absolutely capable of action.”

However, the opposition heavily criticised the volatile state of the coalition and the frequent replacement of chancellors and ministers in Austria.

“The government has been busy for months replacing its ministers and using all means to somehow hold the shop together,” vice-faction chief of the Social Democrats, Jörg Leichtfried said.

“They are not leading this country through the crisis, they are bringing the crisis to us in the country,” he added.

The Social Democrats also made an unsuccessful motion in parliament, calling for snap elections.

“This government is postponing important reforms, is preoccupied with itself and is no longer getting anything done. You must now decide whether you continue to cling to each other, cling to power, or take your responsibility for the republic,” Leichtfried stated.

The conservative ÖVP has lost favour with voters ever since former Chancellor Sebastian Kurz stepped down following his corruption allegations and lost almost 10% in the polls since August 2021.

According to recent polls, the Social Democrats would win a federal election with 27%, two points ahead of the ÖVP. Furthermore, the centre-left parties of the Social Democrats, the Greens and the liberal NEOS would receive a majority in parliament in a potential snap election, which could open the doors for a German-style progressive coalition, polling data suggests.