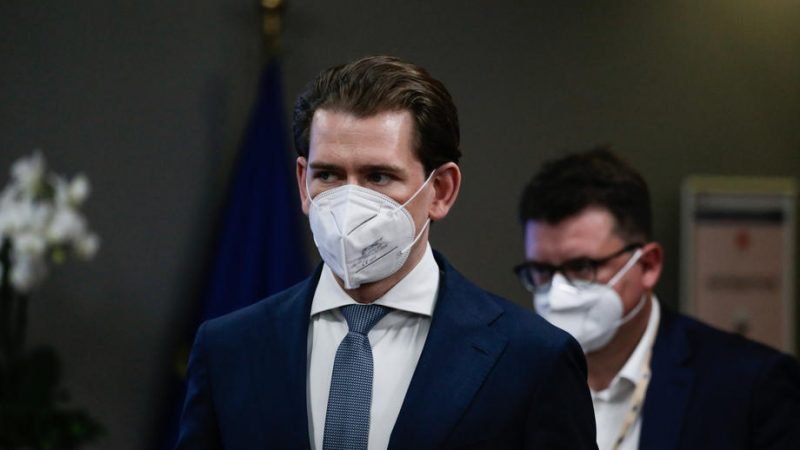 In his opening statement, Kurz claimed that the committee was intrinsically biased. [EPA-EFE/ARIS OIKONOMOU]

Chancellor Sebastian Kurz was summoned to the parliamentary investigation committee over alleged corruption in the former ÖVP-FPÖ government, which collapsed after “Ibiza-Gate” – the biggest corruption scandal in Austrian history.

To avoid unpleasant questions Kurz’ party – the ÖVP – used a filibuster strategy. As the ÖVP were the first to question the chancellor, they used the opportunity to prolong their questioning period to two hours by asking standard questions, which Kurz gladly answered in a long and protracted manner.

The inquiry lasted four hours, meaning two of the Austrian parties – the liberal NEOS and the Greens – were not given time to question the chancellor at all. Kurz denied all the accusations of industry involvement in law-making and illegal interventions in public position allocations and called the allegations “absurd.”

The Austrian chancellor is currently being investigated by the Prosecutor’s Office for Economic Affairs and Corruption over alleged false testimony during his last inquiry in the investigation committee. (Oliver Noyan | EURACTIV.de)