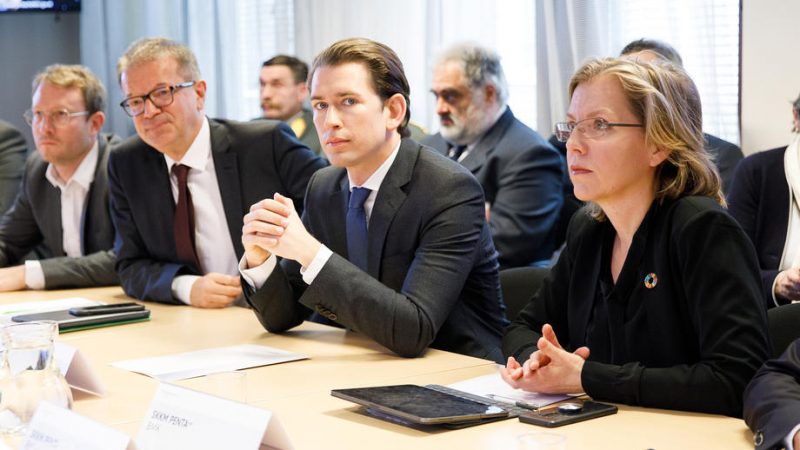 Climate policy, one of the core issues of the Green party, has continuously been one of the main points of friction between the two unlikely coalition partners. [EPA-EFE/FLORIAN WIESER]

After Austria’s Greens pushed a re-evaluation of the CO2 intensity of various road construction projects through parliament, Chancellor Sebastian Kurz has criticised the party’s stance on climate protection.

Climate protection should not be “a way back to the stone age,” Kurz told the Vorarlberger Nachrichten, adding that the climate cannot be saved by abstention, but only by “innovation and technology.”

The head of the Green parliamentary group, Sigrid Maurer fired back, saying “anyone who believes that the climate crisis can be managed without changing anything lives in the stone age.”

Climate Minister Leonore Gewessler used more diplomatic language and agreed with Kurz that there is no way back to the past. However, she also emphasised that this implies to “move forward courageously” in order not to jeopardise the “future of our children.”

Climate policy, one of the core issues of the Green party, has continuously been one of the main points of friction between the two unlikely coalition partners.

But Agriculture Minister Elisabeth Köstinger described the current atmosphere in the coalition as “fairly good” considering that “the two governing parties have completely different views” on many essential topics.