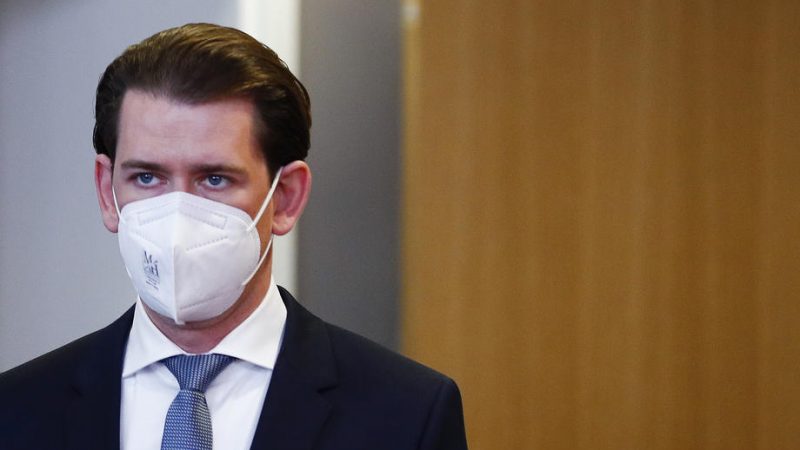 While Kurz announced that an easing of restrictions would begin as of1 17 June, Mückstein told broadcaster ORF in an interview that it would be even better if the measures would start from 10 June. [EPA-EFE/JOHANNA GERON]

Splits are deepening within Austria’s governing coalition over of lifting pandemic restrictions, with Green Health Minister Wolfgang Mückstein disagreeing with Chancellor Sebastian Kurz about the correct timescale for reopening.

Kurz announced on Saturday that an easing of restrictions would begin as of 17 June, Mückstein told broadcaster ORF in an interview he preferred 10 June as a start date for reopening.

Kurz responded to the criticism, saying problems of domestic politics sometimes “solve themselves in a matter of days.”

Experts say that the agenda to ease restrictions is a way to divert from the looming prosecution of Kurz by the Prosecutor’s office for Corruption and Economic Affairs.

However, the Greens do not want the chancellor to steal the limelight and are hence rushing ahead with their own plans. Mückstein had initially said the timescale for reopening was too hasty, and hisu-turn has been roundly criticised by observers. (Oliver Noyan | EURACTIV.de)