Austrian defence minister calls on EU to deliver on security 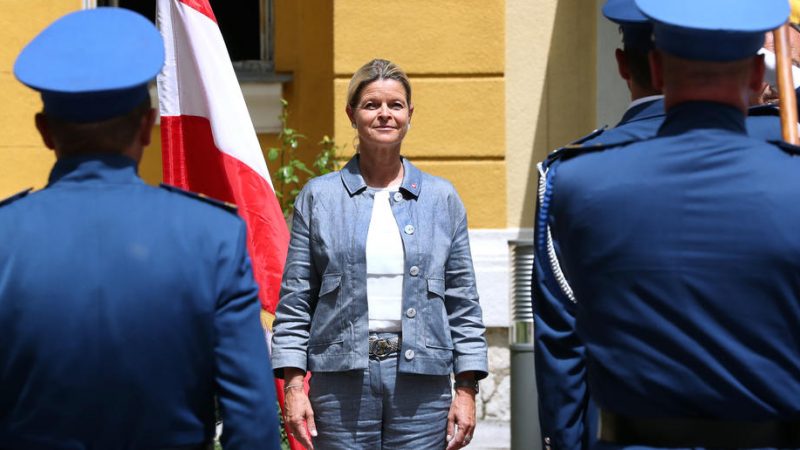 Defence Minister Klaudia Tanner announced a turning point in Austrian military spending with increased investments in defence autarky and the military’s ‘ecologisation’. She also used the occasion to criticise the European Union.

While she emphasised that national defence will remain at the core of the challenges ahead, she stressed that it is an illusion that nation-states still have the ability to face these threats on their own.

“This would be a fatal fallacy,” she said, adding that the decline in capabilities of nation-states to face threats on their own is not only true for Austria but every country in the EU.

“Therefore, I want to say in all clarity: the EU has to stop to only talk about the Common Security and Defence Policy and has to start to deliver this security to its population,” Tanner said.

Furthermore, she emphasised that Austria will invest up to €800 million in the defence sector’s ‘ecologisation’ and make military barracks more efficient by 2025.

By 2025, all the 100 barracks should be self-sufficient in energy production and food supply and water and fuel supply.