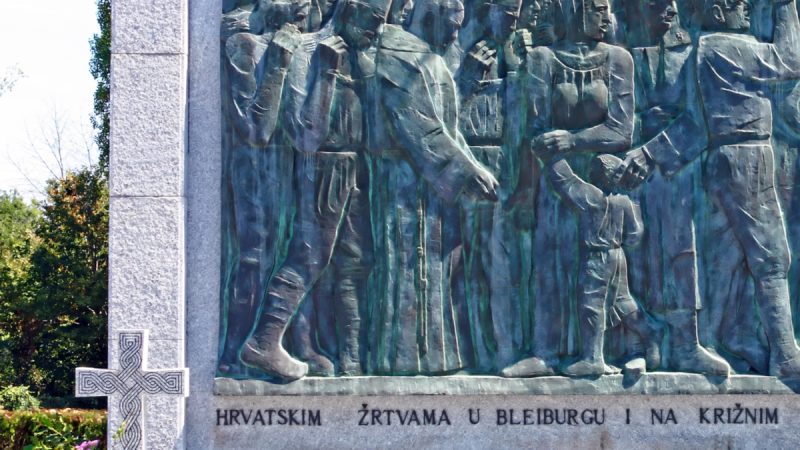 The commemoration is held annually in Loibach Field near Bleiburg, Austria for soldiers of the Nazi-allied Croatian Ustasha regime and civilians killed there at the end of World War II. [Shutterstock / Boris15]

A group of experts authorised by the Austrian interior ministry to evaluate the annual gathering at Bleiburg has recommended banning it.

The experts comprised historians, lawyers, and representatives of the Catholic Church, the Interior Ministry and the Carinthian authorities.

The commemoration is held annually in Loibach Field near Bleiburg, Austria for soldiers of the Nazi-allied Croatian Ustasha regime and civilians killed there at the end of World War II.

Carinthian Prime Minister Peter Kaiser said he was pleased with the report. He expected the Austrian authorities to point out to the Croatian authorities that the gathering was not viable in the form it had been held so far.

The commemoration, officially organised by the Honorary Bleiburg Platoon, has been held under the auspices of the Sabor, Croatia’s parliament.

Considering the constitutional prerequisites, international commitments and the legal foundations of the Constitutional Court, the report said, the commission concluded that the gathering should be banned.

Honouring a fascist regime must be banned because the constitution demands it, the report added, as per Austrian media reports.

The commission underlined that the ban did not apply to “a neutral commemoration or Catholic mass”.

Karl Nehammer, Federal Interior Minister, said Nazi and fascist symbols had no place at the commemoration. “Glorifying terror regimes is unacceptable in Austria. We will prevent any attempt to spread extreme right and revisionist worldviews at gatherings,” he told the APA news agency.

Last year Church authorities withheld their permit for holding a mass for the Bleiburg victims, so it was held on private property, led by representatives of the Catholic Church in Croatia.