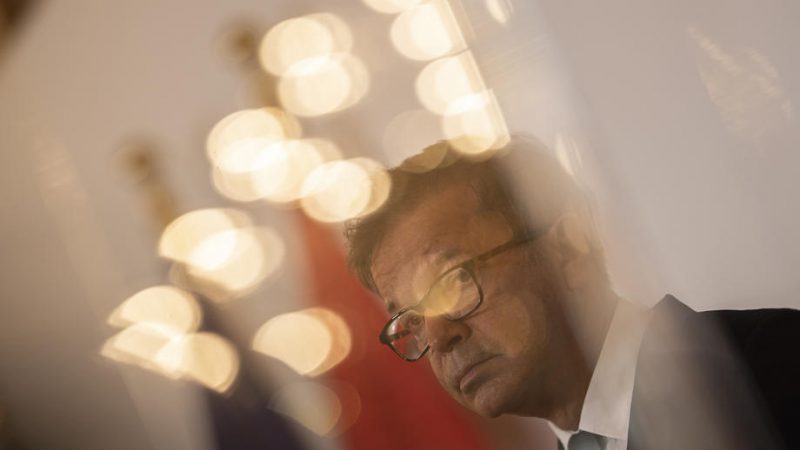 Austria’s Health Minister Rudolf Anschober (Greens) is resigning from office for health reasons and his successor is expected to be named later on Tuesday (13 April). EURACTIV Germany reports.

Anschober suffered a burnout in 2012, when he was part of the Upper Austrian state government. On Tuesday, he stressed that this was not the case this time, but that he had reached the end of his capacities.

During a pandemic, “a health minister who is 100 percent fit is needed,” Anschober said, explaining his resignation.

The successor is to be clarified and presented later on Tuesday. In the meantime, Werner Kogler, Green Party leader and Vice Chancellor, will take over the Ministry of Health.

Anschober has been popular since taking office in January 2020. During the pandemic, he even temporarily ranked better in opinion polls than Chancellor Sebastian Kurz (ÖVP).

Most recently, a conflict arose between the Chancellor’s Office and the Ministry of Health over the country’s slow vaccine rollout. In particular, there were questions over who was responsible for not informing the government of additional doses of the Pfizer/BioNTech vaccine that could have been purchased.

In the end, a senior ministry official and co-chair of the European vaccine steering committee, Clemens Martin Auer, resigned.

Anschober is the second member that  Kurz has had to replace in his government, after Family and Labor Minister Christine Aschbacher stepped down in January following allegations of plagiarism surrounding her master’s thesis and dissertation.

“Overall, I think we did a good job,” Anschober said. “In a pandemic, no one is free from mistakes. Everyone makes mistakes. … We were in uncharted territory.”

“My impression is that it has not been 15 months, more like 15 years,” he said of his tenure.