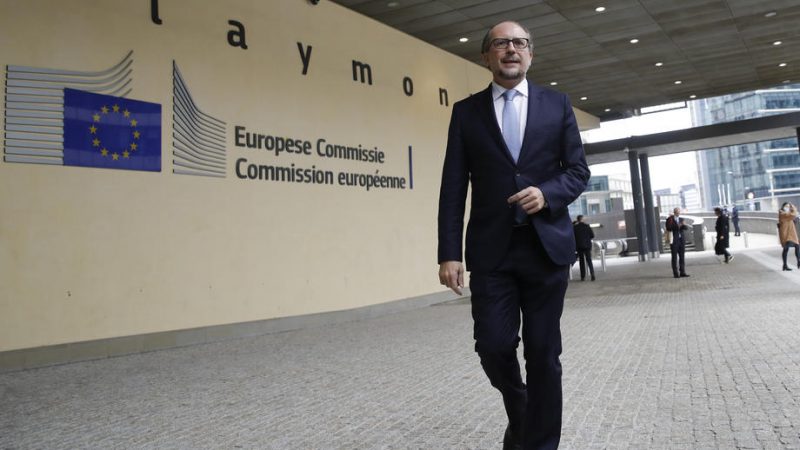 Austrian MEPs have signalled that they have different expectations of new chancellor Alexander Schallenberg, who was inaugurated on Monday last week. [EPA-EFE / OLIVIER HOSLET]

Ahead of the European Council meeting on Thursday, Austrian MEPs have signalled that they have different expectations of new chancellor Alexander Schallenberg, who was inaugurated on Monday last week.

The Social Democrats are expecting Schallenberg to take a more conciliatory and diplomatic approach at the EU level. According to the Austrian Social Democrats leader, Andreas Schieder, the new chancellor could mark a departure from the alleged politics of “blockade” under the former Chancellor Sebastian Kurz.

“If Schallenberg were able to take the role of a diplomat, this would be good,” Schieder told ORF.

The Conservatives hope the new chancellor will continue the combative approach of Kurz. ÖVP-delegation leader in the European Parliament, Angelika Winzig, said that Kurz showed “rough edges” when needed and expects the new chancellor to continue on this course.

The right-wing Freedom Party have accused Schallenberg of being an EU-centralist.

When Schallenberg visited Brussels last week, he referred to the trip as a “homecoming.” For the delegation leader of the Freedom party, this is a “slap in the face” for every Austrian.