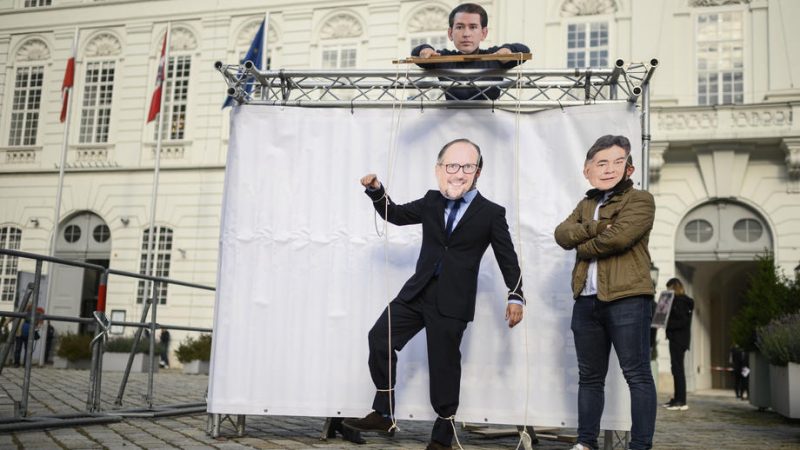 Kurz stepped down on Saturday, over corruption allegations involving a €1 million public advertisement deal for one of Austria’s biggest tabloid media in return for favourable news coverage. [EPA-EFE /CHRISTIAN BRUNA]

At a press conference, the three opposition parties said that the “swamps” within the ÖVP have to be “drained”.

Kurz stepped down on Saturday over corruption allegations involving a €1 million public advertisement deal for one of Austria’s most prominent tabloid media in return for favourable news coverage. However, for the opposition, these allegations are only the “tip of the iceberg.”

The ÖVP heavily criticised the move, with ÖVP MP Andreas Hanger stating that the primary motivation behind the move is “power calculations.”

“Such motivations are tarnishing and degrading the sharp control instrument of the investigation committees,” Hanger said, adding that he had his doubts the committee could contribute to “serious elucidations.”

The Greens– who are currently in a coalition with the People’s Party – welcomed the investigation committee to shed light on the “machinations” of the ÖVP.

The Greens support for the committee highlights that there are still considerable tensions within the coalition that are likely to remain until the end of the legislative period.