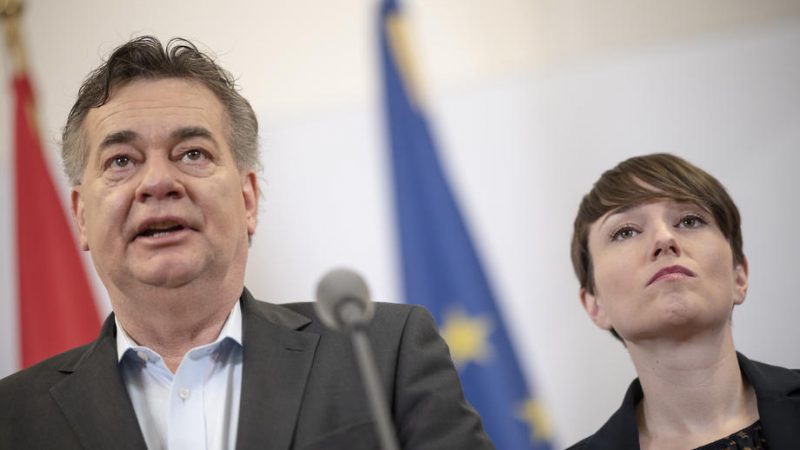 Sigrid Maurer (R)said the permanent insinuation that the judiciary would act politically has to be rejected. [EPA-EFE/CHRISTIAN BRUNA]

“The permanent insinuation that the judiciary would act politically has to be rejected. The ÖVP is continuously trying to tarnish the trustworthiness of the judiciary and hence one of the central pillars of our democracy,” said Sigrid Maurer, head of the Green parliamentary group. Read more.

Maurer’s comments come after the head of the ÖVP parliamentary group, August Wöginger, decried investigations of the Prosecutor’s Office for Economic Affairs and Corruption targeting multipleleading ÖVP politicians such as Chancellor Kurz and Finance Minister Gernot Blümel as “politically motivated.”

Wöginger claimed that the prosecutor’s office is intentionally targeting ÖVP politicians, claiming that “a large number of comparable cases in other parties are not being investigated.”

“I call on the ÖVP to stop their unprofessional attacks and to return to a respectable and responsible treatment of the judiciary,” said Maurer in response to Wöginger’s statement.

The coalition between the ÖVP and the Greens is currently hanging by a thread with tensions between the two unlikely partners running high ever since investigations against leading ÖVP politicians were launched. Political observers believe the scandal could lead to a snap election. (Oliver Noyan | EURACTIV.de)