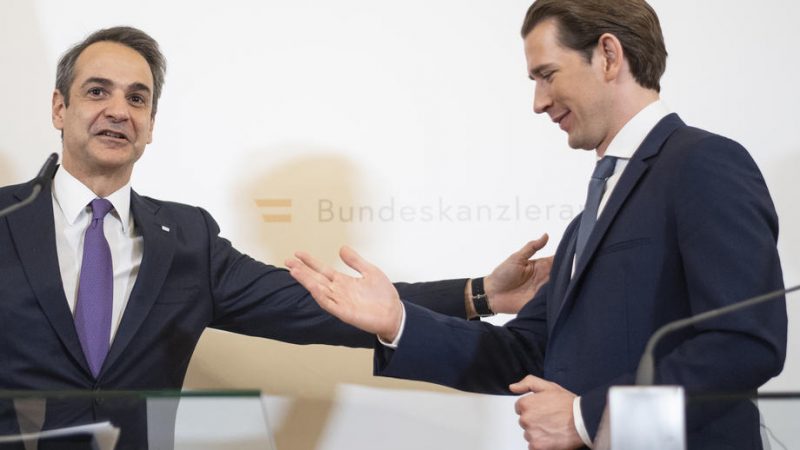 In Greece, more than €30 million of state money has already been given by the Greek conservative government to media. [EPA-EFE / CHRISTIAN BRUNA]

Austria’s Chancellor Sebastian Kurz resigned after he was accused of manipulating the media to the tune of more than €1 million in public funds.  In Greece, more than €30 million of state money has been given to the media by the Greek conservative government, and everything is business as usual, the main opposition Syriza party, has said.

“Today, five months later, Kurz is out of office, forced to resign after a huge scandal, in which he is accused of rigged polls and attempting to manipulate the media […] In Austria, the institutions worked, the justice took action immediately while in Greece, silence has prevailed”, Tsipras added.

The conservative New Democracy government (EPP) has distributed more than €30 million to news websites, printed journals and TV and radio stations for the awareness campaign “We stay home”, calling on citizens to respect the lockdown.

The opposition says the government uses public funds to manipulate media while also controlling polls that “blatantly violate any limits of credibility and common sense”.

According to the 2021 World Press Freedom Index, Greece had one of the worst performances at the EU level. It ranks 70 out of 180 countries, followed by Hungary (92) and Bulgaria (112).