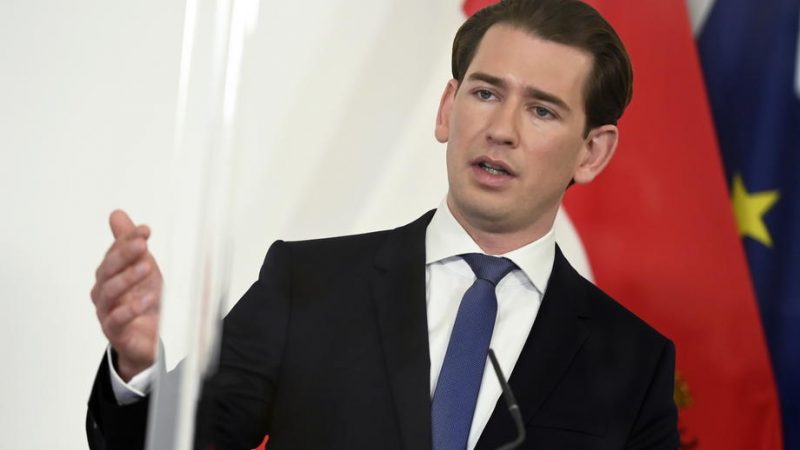 The chancellor came under fire by the liberal NEOS and Social Democrats. [EPA-EFE/CHRISTIAN BRUNA]

The opposition in parliament has condemned Chancellor Sebastian Kurz for having called for greater fairness towards Poland and Hungary and for being soft regarding the respect of the rule of law.

“I think that it is wrong that we are only talking about Poland and Hungary all the time,” Kurz told French newspaper Ouest-France in an interview, adding that the rule of law and fundamental rights should apply equally to all member states, not just the Eastern European countries.

The chancellor came under fire by the liberal NEOS and Social Democrats.

“If Kurz thinks it is wrong to single out Poland and Hungary in the debate surrounding the rule of law, then I ask myself whether he has not noticed how fundamental and human rights are increasingly being dismantled there,” liberal NEOS party spokesperson for European affairs, Claudia Gamon, said in a statement on Sunday.

SPÖ spokesperson for European Affairs, Jörg Leichtfried, has also criticised Kurz for “taking the side of the authoritarian regimes in Hungary and Poland and for “playing down” the deterioration of press freedom, democracy and LGBTQI rights in those countries.

Kurz has opposed the EU’s approach to attacking Hungary and Poland over the decline of the rule of law several times. Already in 2019, he distanced himself from the “finger-wagging” approach of the European Commission and accused the Western European member states of applying double standards when it comes to rule of law standards.