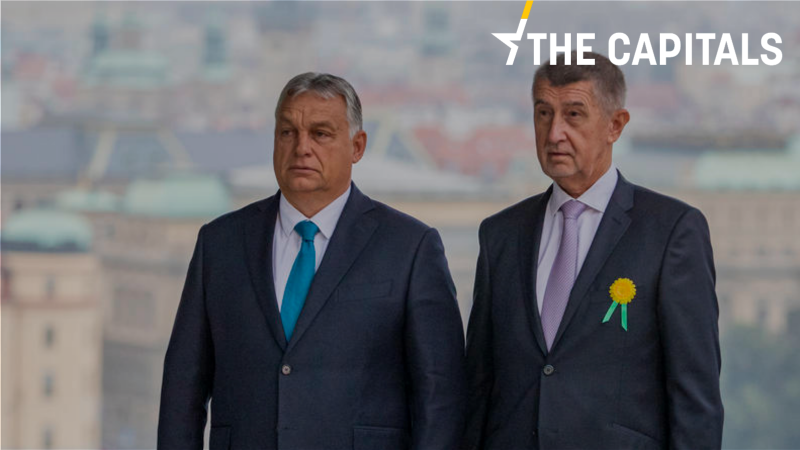 Ahead of parliamentary elections in October, the Czech PM has stepped up his Orbán-style anti-EU rhetoric, but his liberal EU political family remains silent. [EPA-EFE/MARTIN DIVISEK]

Czech and foreign journalists who reported critically on Czech Prime Minister Andrej Babiš and his Hungarian counterpart Viktor Orbán were banned from the joint press conference held by the two leaders on Wednesday in Czechia.

Die Zeit, Le Monde and ARD, and Czech journalists writing for Seznam Zprávy and Investigace.cz were refused access to the event, a move that international media organisations condemned.

“Worryingly, this is a tactic we see used all too often by the governments of both Orbán and Babiš, and across the Visegrad region, to sideline critical press and shield politicians and public officials from challenging questions,” International Press Institute (IPI) Deputy Director Scott Griffen said.

A spokesperson of the Czech government claimed they were not allowed to attend the conference due to a lack of capacity. A reporter who participated in the conference confirmed there was ample space in the press conference hall. IPI also emphasised that the barred journalists applied for accreditation well in advance.

“While independent and critical journalists in Hungary have been routinely denied access to publicly held information without explanation and denied accreditation for official events for years, similar incidents have recently been on the rise in the Czech Republic,” Griffen noted.

“We urge both prime ministers and their governments to respect press freedom by providing fair and equal access and allowing journalists to carry out their work free from arbitrary obstruction and restrictions,” IPI’s deputy director also said.

Ahead of parliamentary elections in October, the Czech PM has stepped up his Orbán-style anti-EU rhetoric, but his liberal EU political family remains silent.

Notably, the leadership in the Renew Europe group – of which Babiš’s ANO party is a member – and liberal heads of state of EU countries have refrained from openly criticising him.

“Meanwhile, Renew is shouting loud and clear on Orban’s violation of Rule of Law, attacks on LGBTI community or misuses of European funds,” a European Parliament source familiar with the situation told EURACTIV.cz.

EURACTIV.cz learnt that Renew leaders take a pragmatic approach towards the situation, similar to how the EPP or Angela Merkel dealt with Orbán before he and his party left the centre-right group.

For his part, Orbán – after he left the EPP – is now leading a new movement of far-right parties from 16 EU countries.