Babis: Orban should be thanked for building the wall against immigrants 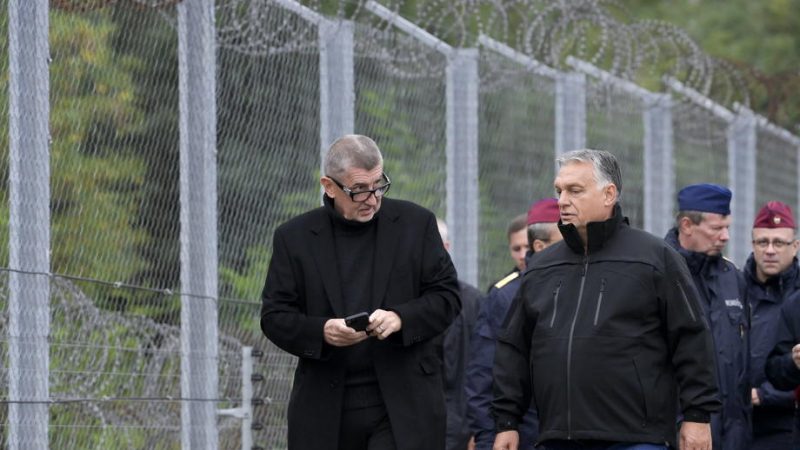 Czech Prime Minister Andrej Babiš praised his Hungarian counterpart after last week’s European Council summit. According to Babiš, Viktor Orbán should be thanked for his fight against migration.

“When Victor Orbán built a fence in 2015, he got scolded for it. However, he was the only one protecting the Schengen area,” Babiš said on Friday. The Czech PM emphasised that several Member States were asking the European Commission during the summit to provide them with money to construct fences against illegal migrants.

“Viktor Orbán should be thanked for building the fence,” said the outgoing Czech PM, who is well-known for his good ties with the Hungarian leader. He also praised Bulgaria and Croatia for protecting EU borders, although they are not members of Schengen.  “They are protecting the Schengen area better than Greece,” Babiš noted.

Another country that backed EU-funded walls was Greece, which is currently financing the fence in Evros at the Turkish border with national resources. “If we want to be serious and effective, there is no reason why such interventions could not be financed from the European budget,” Greek PM Kyriakos Mitsotakis said.

However, the European Commission immediately rejected such a proposal with EU Commission chief Ursula von der Leyen saying, “that there will be no funding of barbed wire and walls”.

The fight against migration was among the main topics of Babiš’s election campaign ahead of October’s elections. However, his ANO party (Renew) was defeated and will be going into opposition.

Babiš will be replaced by conservative leader Petr Fiala (ECR) whose relationship with Orbán is still unclear. In July 2021, Fiala admitted in an interview for Deník N that despite their shared conservative ideas, he observed with “great concerns the oligarchisation of Hungary”. However, he has not criticised the Hungarian leader over the rule of law.