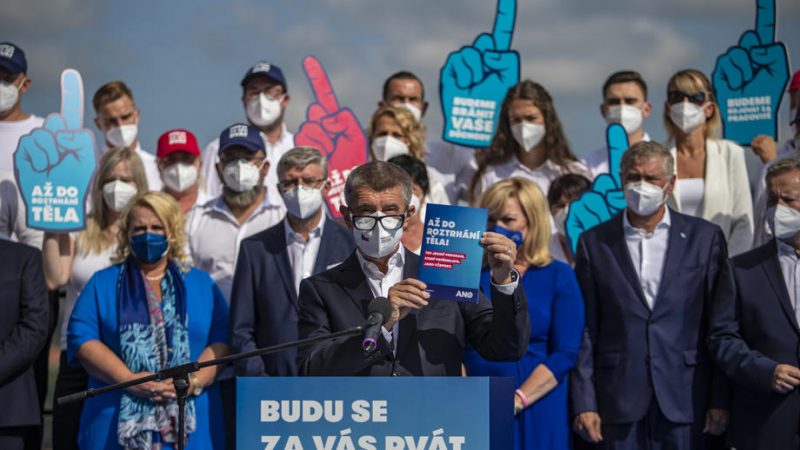 The head of ANO did not forget to attack the two opposition blocs, his main rivals. [EPA-EFE/MARTIN DIVISEK]

The ANO movement of Prime Minister Andrej Babis officially presented its programme for the October parliamentary elections on Thursday morning.

“Right now there are 36 days left until the elections. This is the last chance to vote for Babis, the last chance to protect national interests, our standard of living, our culture and uniqueness,” said Babis in Usti nad Labem, a city in Western Bohemia.

The head of ANO did not forget to attack the two opposition blocs, his main rivals. “These elections are also the last chance to stop both anti-Babis coalitions, which have already agreed on a joint government in exchange for breaking the V4,” he said.

For 2025, the ANO leader promised the crowd in Usti nad Labem to significantly raise pensions, not taxes. He also said he would oppose the euro as long as he is prime minister and “will never accept a single illegal migrant.”

The programme priorities also promise “not to transfer the sovereignty of the Czech Republic to the European Parliament or the European Commission.”