Ball is in your court, Poland and Hungary say 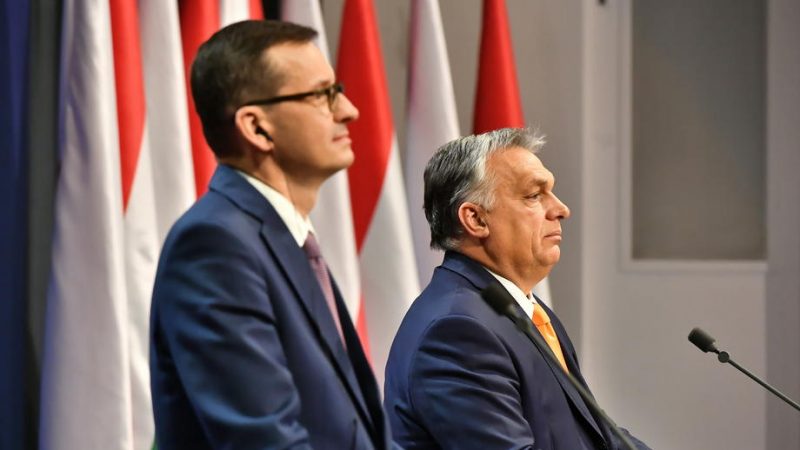 Both prime ministers met in Warsaw on Monday after meeting in Budapest last week. [EPA-EFE/Andrzej Lange]

Warsaw and Budapest are open to new proposals aimed at resolving the standoff over linking funds from its budget and recovery fund to the rule of law, a Polish government spokesman said on Monday.

The two prime ministers met in Warsaw on Monday after meeting in Budapest last week.

“We’re open to new proposals and we are convinced an agreement can be reached, but we stress that it has to be compliant with EU treaties and conclusions from the European Council meeting in July,” government spokesman Piotr Müller said after the meeting.

He added that both countries are trying to convince other EU partners that “such arbitrary criteria of assessing rule of law in other countries would be dangerous” for the future of European integration.

“And they can de facto lead to a future disintegration of the EU, which no one wants,” he added.

Asked whether a coalition of member states around a veto is being built, Müller said Polish Prime Minister Morawiecki has been talking to various EU leaders in the past week.

He announced Moawiecki would take part in a videoconference with European Council President Charles Michel and several other prime ministers on Tuesday morning.