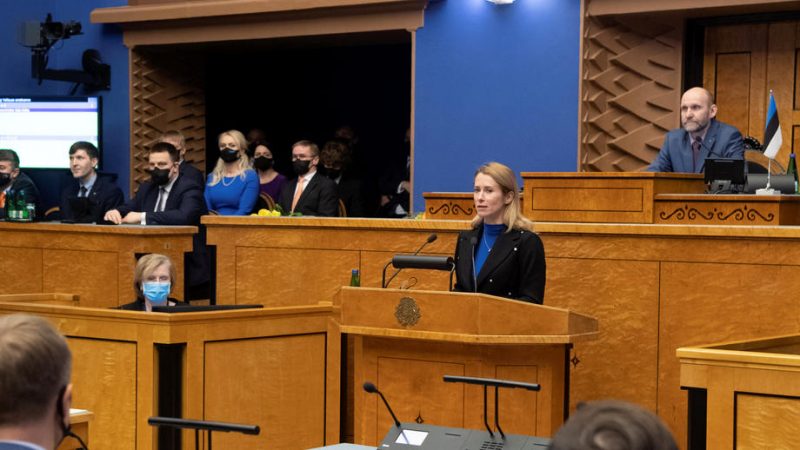 Newly elected Estonian Prime Minister Kaja Kallas has called for unity among the Baltic States, which should be manifested in synchronised infrastructure projects not only between the three countries but also with a view to Central Europe.

Kallas underlined in a video meeting with Latvian Prime Minister Krišjānis Kariņš that the Baltic States are always stronger together than individually, the Estonian governments’ press office reported. More concretely, such unity should materialise in joint infrastructure projects such as Rail Baltica, electricity links, and offshore wind farms, the new PM added.

Estonia and Latvia signed a memorandum of understanding last September to develop an offshore wind farm – a first of its kind in the Baltic region.

Since the wind farm is estimated to generate up to 1,000 megawatts in energy, it should cover about 20% of the power consumption in both countries. Building costs and income will be divided equally between Estonia and Latvia.

It is equally important to complete the synchronisation of Baltic electricity networks with those of Central Europe, said Kallas. “Infrastructure and energy projects will improve our connectivity with Europe, help us reach climate goals, rejuvenate the economy and ensure energy independence,” the PM added. (Pekka Vänttinen | EURACTIV.com)