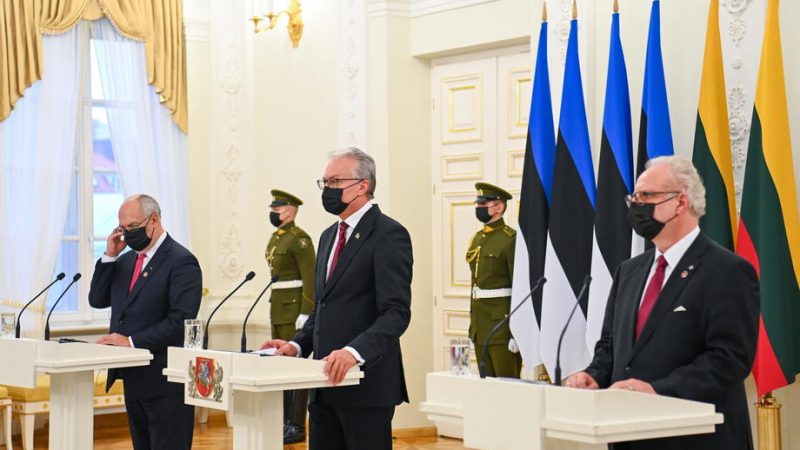 After joint consultations between Estonia, Latvia and Lithuania presidents and a virtual meeting with Polish President Andrzej Duda, the three Baltic states said they would support Warsaw, or each other if they were to invoke Article 4.

Poland earlier this week had said it was in talks with the Baltic states on whether to ask for consultations under NATO’s Article 4. A meeting of NATO foreign ministers is scheduled for early December in Riga, Latvia.

At a meeting on Monday in Vilnius, the three countries decided that it was not yet time to take action regarding the crisis at the Belarusian-Poland border and that the evolving situation and “behaviour” of Belarus and Russia would be monitored.

Latvia, for its part, confirmed that it is only “one step from invoking Article 4 of the NATO Treaty”, said Latvian Defence Minister Artis Pabriks, as reported by Latvian Radio and the Estonian News Agency.

It has so far been triggered four times, once by Turkey over the 2003 Iraq War, in June 2012 after the shooting down of a Turkish military jet by Syria, in October 2012 after Syrian attacks on Turkey and their counterattacks, and in February 2020 after increasing tensions arising from the  Northwestern Syria offensive.

Latvia, Lithuania, and Poland called an Article 4 meeting in March 2014 in response to the Crimean crisis, but they did not trigger the article.

Following the meeting and a televised press conference, the presidents of Estonia, Latvia and Lithuania released a press statement urging the European Commission to implement the conclusions made by the European Council in October and make “the necessary changes to the EU legal framework on migration and asylum policy”.

The countries also asked the EU to provide “adequate” financial support for building physical barriers and infrastructure on their borders.