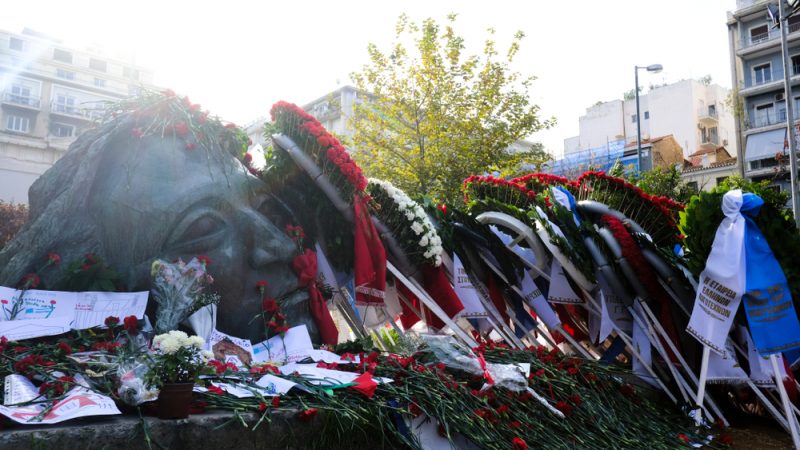 A four-day ban on all outdoor gatherings of more than four persons, imposed throughout Greece by an executive decree of the Greek police chief, has created political turmoil. The measure was imposed to avoid public demonstrations in memoriam of the fight against military dictatorship in the early 70s.

The government insists that the ban is necessary since Greece is facing a dangerous resurgence of COVID-19 cases and the country’s health system is on the brink of collapse.

“It can in no case be justified on grounds of public health protection. After all, the leaders of the labour and popular movements have proved in practice that when mobilising, they take all the necessary protection measures,” the text reads.

Moreover, the Union of Judges and Prosecutors denounced the decision as undemocratic.

The main opposition party, Syriza, emphasised that this year’s march cannot take place due to extreme health conditions and it only wanted to lay a wreath at the memorial of those who fought for democracy.

The leftist party believes that the conservative government makes such decisions to please the ultra-right part of its electorate.

In terms of the pandemic, the government faced a “Black Sunday” as 71 people died due to COVID-19, while 392 persons are currently in intensive care units. The situation is particularly problematic in northern Greece and a strong lockdown has been imposed.