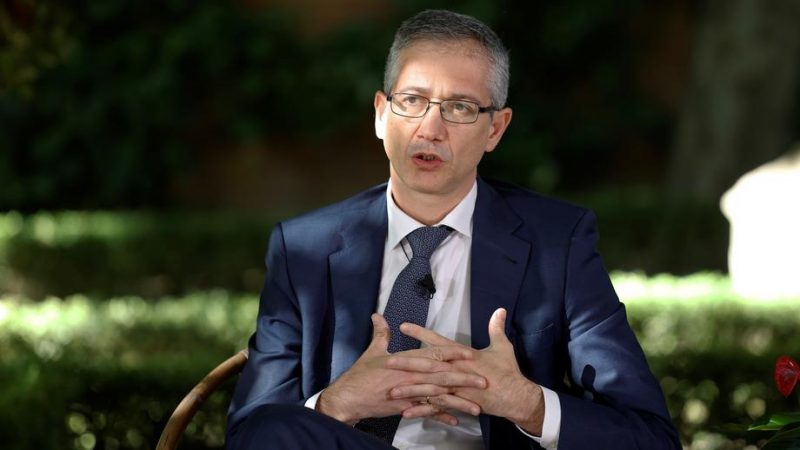 The governor of the Bank of Spain, Pablo Hernández de Cos, on Tuesday predicted that inflation in the euro area would moderate its fast-growing pace, from 5.1% to 2%. However, he also acknowledged that “there is a very high level of uncertainty” in the markets.

The Bank of Spain forecast is fully aligned with the European Central Bank and the uncertainty is based on current geopolitical tensions in Europe, fuelled by the crisis in Ukraine, which could lead to rising energy prices, de Cos said, EURACTIV’s partner EFE reported.

He warned that an “uncertain” upturn in inflation could lead to a substantial fall in the real income of companies and households, which would affect investment and consumption in the EU.

In this context of global uncertainty, he recalled that the European Central Bank advocates “maintaining flexibility and reliance on information to adjust the tone of economic policy” and that “interest rates will only be raised after the end of its asset purchase program and once certain conditions have been met”.

“The direction of monetary policy is clear: the timetable will not be rushed, and any policy action will be very gradual and data-dependent”, he said.

On the initiative to create a ‘digital euro, de Cos pointed out that the “digital euro” will always be “a supplement to the euro banknotes and coins, never a substitute”.

Before taking any decision on the matter, both the technological challenge involved and “the consequences for financial stability and for the capacity of the Central Bank to develop its monetary policies” should be carefully taken into account.

“I do not dare to indicate a specific date for the introduction of the digital euro”, he stressed.