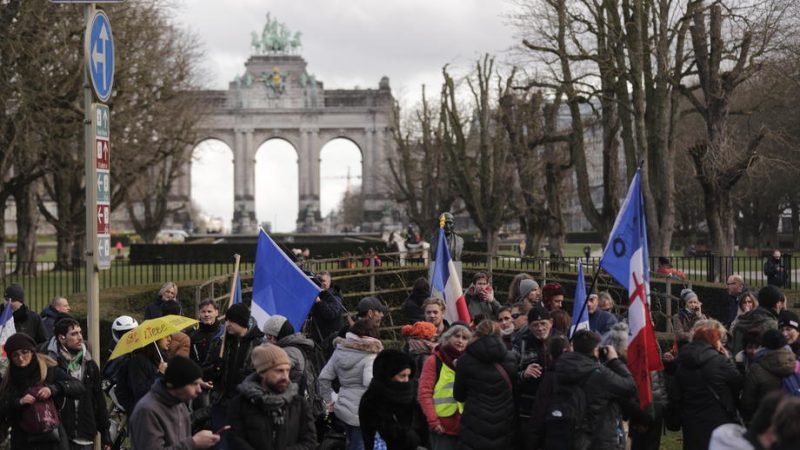 The so-called “freedom convoys” will be banned in Strasbourg from 14-17 February so that there are no disruptions during the EU Parliament’s plenary session, the Bas-Rhin prefecture decided on Monday.

The prefecture justified its decision after noticing that “several road convoys seem to have planned to reach Strasbourg” at the same time as the European Parliament plenary session.

Demonstrators said they might head to areas around the EU institutions in Strasbourg to present their demands, linked in particular to the abolition of the vaccine pass.

Given the risks of “public order disturbances” that could prevent the plenary from taking place “under good conditions” and the obstruction of road traffic, the prefecture decided that all demonstrations would be banned.

Police forces have been deployed on the roads leading to Strasbourg, as in Paris and other French towns last weekend. Security around EU institutions has also been reinforced.

“The prefect has given firm instructions to the internal security forces regarding any offender of these provisions,” the prefecture’s press release reads. Anyone breaching these provisions could face a fine of up to €7,500, and a prison sentence of up to six months.