Battle for conservative leadership in Germany kicks off 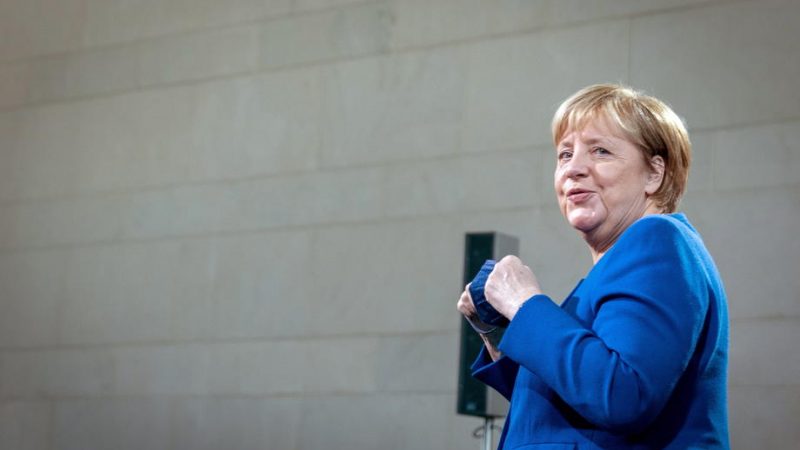 The race is expected to take place between Röttgen, a foreign policy expert, sacked from Merkel’s cabinet in the 2010s and Merz, who has made two previous unsuccessful bids for party leadership. [EPA-EFE / KAY NIETFELD]

As the German conservatives CDU continue to reel from their worst-ever election defeat in the September elections, Helge Braun, a long-time Merkel ally and acting minister of the chancellery, and foreign policy expert Norbert Röttgen, have emerged as the first candidates to battle for the party leadership.

While acting Health Minister Jens Spahn has declined to run for party leadership, it is expected that the veteran fiscal-conservative Friedrich Merz will make a third bid to become the CDU’s chief.

As the conservatives are poised to consult their 400,000 party members for the first time, many in the party are hoping to maintain its unity.

“The next party chief needs the full support of the party, as had not been the case in the last election,” stated Armin Laschet, the outgoing leader, in early November.

While Braun appears to be backed by the conservatives in Hessen, many see his bid for leadership as the last attempt by the Merkel camp to ward off Merz as party leader.

The race is expected to take place between Röttgen, a foreign policy expert, sacked from Merkel’s cabinet in the 2010s and Merz, who has made two previous unsuccessful bids for party leadership.

Whether Braun, Röttgen or the 65-year-old Merz truly represent the renewal the party is looking for remains unclear. “Now the ball is in the court of the party base,” said CDU secretary-general Paul Ziemiak.