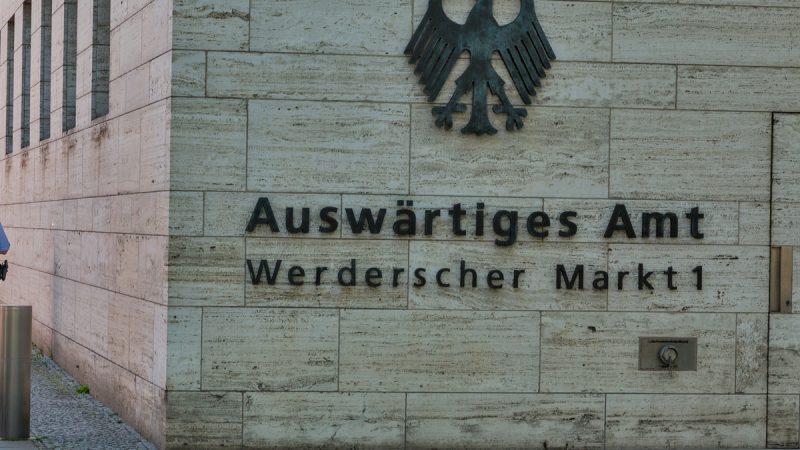 The ministry warns that “rumours that Germany is planning to send busses to pick up persons from Belarus through Poland to Germany are false". [Shutterstock / Sergiy Palamarchuk]

Faced with growing amounts of misinformation to entice possible refugees towards Belarus in what leaders have coined a “hybrid attack” by the Lukashenko regime, Germany’s ministry of foreign affairs has now updated its multilingual information initiative.

The campaign #RumoursAboutGermany seeks to dispel misinformation that may be broadcast to refugees to get them into Minsk.

The ministry warns that “rumours that Germany is planning to send busses to pick up persons from Belarus through Poland to Germany are false,” noting that “whoever spreads these lies puts people in great danger.”

The German initiative “Migration is a life decision – get the facts first” is published in various languages, including Arabic, Dari, Tigrinya, English, French, and Russian.

Germany has often been targeted by human traffickers seeking to convince possible migrants to employ their services. Common misinformation spread in the past included “every refugee receives a welcome payment of 2,000 euros.”

A common piece of misinformation that some migrants stuck at the Poland-Belarus border may be clinging to is that “at Christmas, buses are sent to European borders that will bring refugees to Germany.”

Another news and information site, InfoMigrants, for migrants to counter misinformation, is co-funded by German public broadcaster Deutsche Welle and the European Union.