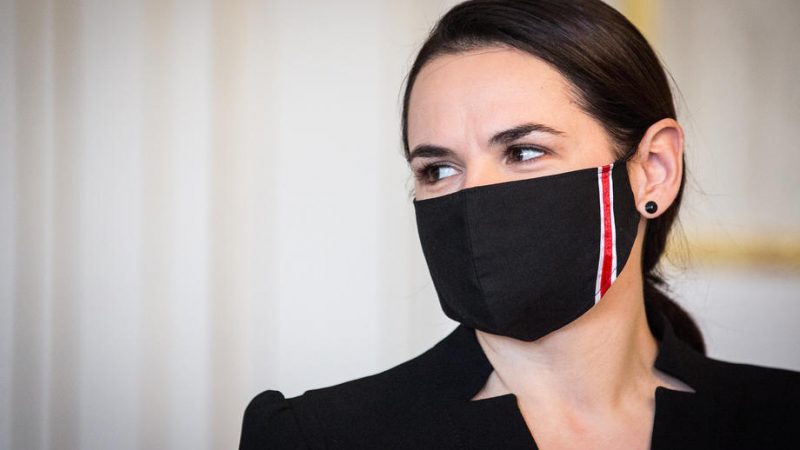 According to her, the tribunal would investigate the crimes committed by the regime during the 2020 presidential elections, as well as those committed before that. [EPA-EFE/JAKUB GAVLAK]

Belarusian opposition leader Sviatlana Tsikhanouskaya called for the establishment of an international tribunal to prosecute representatives of Alexander Lukashenko’s regime in a speech before the Czech Senate on Wednesday.

Such a tribunal would investigate the crimes committed by the regime during the 2020 presidential elections, as well as those committed before that, she said, adding that Lukashenko’s regime had presided over a reign of terror not seen since the days of Soviet leader Joseph Stalin, Tsikhanouskaya said.

Tsikhanouskaya also recalled the similarities between Czech and Belarusian history, saying she believes Czechs are able to empathise with the Belarusian situation because of their experience of the 1989 revolution.

During her Czech visit, Tsikhanouskaya has so far attended an evening concert in honour of the victims of persecution in Belarus, met with Senate speaker Miloš Vystrčil, Prime Minister Andrej Babiš and President Miloš Zeman.

In a rather unexpected move, Zeman – typically a strong supporter of Russia – expressed his support for the Belarusian opposition and wished it victory “in the fight against the last European dictator”. (Ondřej Plevák | EURACTIV.cz)