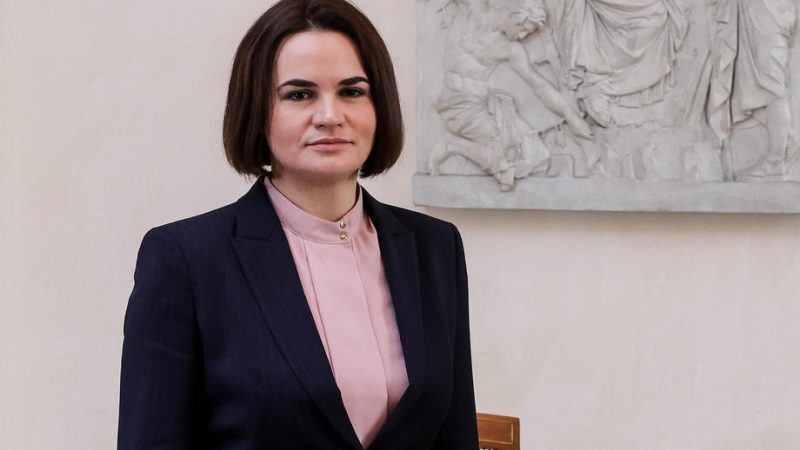 Exiled Belarus opposition leader Sviatlana Tsikhanouskaya has asked EU leaders to refrain from contacting Belarus strongman Alexander Lukashenko at the International Conference on Belarus in Vienna. She also criticised German Chancellor Angela Merkel for calling Lukashenko to ease tensions in the ongoing migration crisis at the border with Poland.

“From the perspective of the Belarus people, this looked very strange,” Tsikhanouskaya said.

Merkel called Tsikhanouskaya later that day, emphasising the continuous support of Germany for the Belarus movement for democracy.

During the conference, Tsikhanouskaya called for keeping strong pressure on the regime in all forms, “including diplomatic isolation and economic and individual sanctions,”

Austrian Chancellor Alexander Schallenberg, who hosted the event, stressed that the conference’s goal was to “find a way out of the current crisis in Belarus, together with civil society.”

Tsikhanouskaya emphasised that she supports the twin-track approach that Schallenberg proposed  – to use a strong sanction policy while simultaneously engaging with civil society.

“This is the approach that we fully support,” she said.

German foreign minister Heiko Maas, who also attended the online conference, argued in a similar manner. While the EU is “keeping up the pressure on the Lukashenko regime” with the fifth sanction package approved last week, civil society should also be supported, he said.

“Western countries must adjust their assistance to Belarusian civil society and opposition,” he stressed. Germany is currently reviewing its €21 million action plan to assist Belarusian society.

Attendees at the conference also pledged their support for the draft constitution that the opposition is currently working on. Furthermore, the European Commission has presented a €3 billion heavy economic support package for a future democratic Belarus.

“Looking into the future, we are jointly preparing for the day that Belarus will break free,” Maas concluded.