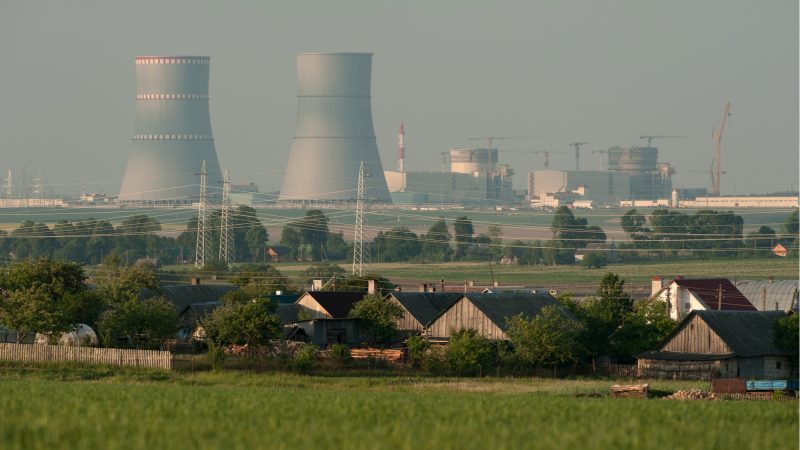 On 7 March, Belarusian Telegram channels reported a breakdown of the cooling system at the Astravyets nuclear plant located some 50 kilometres from Vilnius. Lithuanian officials turned to their Belarusian counterparts for more information.

“In the middle of the day, those stations were disconnected from the network,” Julius Žiliukas, head of Lithuania’s Radiology Security Centre, told LRT TV.

“We can’t say what the problem was, we don’t know, but the stations were switched back on later and showed a normal radiation background, as always,” said Žiliukas. This is the first time there has been such an incident with monitoring.

However, since the wind was blowing to the east, no spike in radiation was recorded in Lithuania. According to Žiliukas, people shared photos on social media of themselves measuring increased radiation levels, though no official data exists.

Belarus later denied that an incident had taken place and told the Lithuanian State Nuclear Energy Inspectorate (VATESI) that the radiation remained within normal limits. Meanwhile, VATESI has repeatedly called on the Belarusian ministry of emergency situations to provide information on the possible release of radiation in the event of a severe nuclear accident.

“The delay by Belarus to provide the requested information could be considered a failure of Belarus to fulfil its obligations under the Convention on Nuclear Safety,” Michail Demcenko, head of VATESI, said in a press release published on Wednesday.

Several other incidents have taken place since the first reactor was launched in November last year. In all cases, Belarusian authorities either denied the information or admitted that something unplanned had happened only after non-government organisations and activists made the information public.

Lithuania maintains that the nuclear plant financed by the Kremlin and built by the Russian state nuclear agency Rosatom is unsafe and was built in breach of international safety standards. However, Minsk denies all such allegations.

Lithuanian officials, however, maintained that the stress tests’ recommendations to tackle safety issues are yet to be implemented and breaches of international treaties, including the UN’s Espoo and Aarhus conventions, remain unaddressed. (Benas Gerdžiūnas | LRT.lt/en)