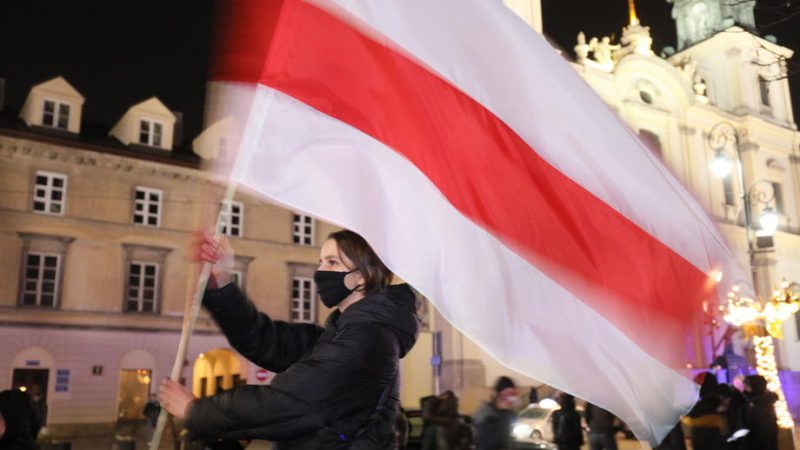 The minister noted that an EU-Eastern Partnership summit will be held during Slovenia's presidency, and the situation in Belarus will be one of the key topics.  [EPA-EFE/Pawel Supernak]

The democratisation of Belarus will be high on the agenda of the Slovenian EU Council Presidency in the second half of the year, said Foreign Minister Anže Logar after receiving Belarusian opposition leader Sviatlana Tsikhanouskaya on Monday.

The minister noted that an EU-Eastern Partnership summit will be held during Slovenia’s presidency, and the situation in Belarus will be one of the key topics.

“In the meantime, we will also look for opportunities to explain to other partners and all international organisations how important this fight for democracy is in all countries, and support democratic processes in Belarus.”

Tsikhanouskaya said she was grateful for Slovenia for its “strong position about lawlessness in Belarus” and that it was extremely important to keep Belarus high on the agenda at the international level.

“Belarus is in a deep political and humanitarian crisis and we see new elections as the only way out of this crisis,” she said, adding that sooner or later, the democratic movement would win.

Tsikhanouskaya, who also held talks with Prime Minister Janez Janša, will wrap up her visit on Tuesday by meeting with President Borut Pahor and Parliament Speaker Igor Zorčič.