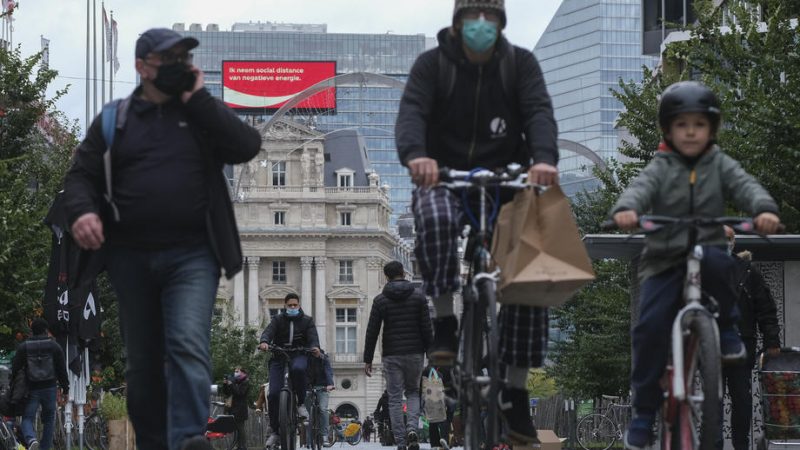 The new bill aims to give a legal framework to Belgium’s COVID-19 restrictions and any measures that have to be taken to contain a future pandemic, after current measures have been passed by ministerial decree, without parliamentary scrutiny. [EPA-EFE/OLIVIER HOSLET]

After two months of drafting, Belgium’s new “pandemic bill” has been approved by the Council of Ministers and is ready to be submitted to parliament.

By submitting the draft, the government escapes the penalties imposed by the court of first instance as long as there is legal ground for the COVID-19 measures, Interior minister Annelies Verlinden said.

The new bill aims to give a legal framework to Belgium’s COVID-19 restrictions, along with any measures needed to contain a future pandemic. The country’s current measures were passed by ministerial decree, without parliamentary scrutiny.

The Brussels Court of Appeal in March ordered Belgian state to lift “all coronavirus measures” within 30 days, as the legal basis for them is insufficient.

This would have included the restrictive measures enacted by the Belgian ministerial decree of 28 October 2020 and its subsequent decrees, impacting the closure of the hospitality sector, suspension of compulsory education and limits on public or private gatherings.

The judges had earmarked 30 days to provide a sound legal basis, or face a penalty of €5,000 for each day beyond that period, with a maximum limit of €200,000, Le Soir reported.

After the bill submission, the Brussels Court of Appeal has decided to reopen debates on the legality of the COVID-19 measures on 18 May. Therefore, it will not make a decision before April 30, the deadline given to the state to “put an end to the apparent illegality resulting from the measures restricting freedoms” expires.

According to Verlinden, in the meantime, the measures remain in force. The submission of the draft pandemic law in parliament avoids the penalties imposed by the court.

“This bill, which will be explained and discussed in Parliament tomorrow, as well as the recent advice of the Council of State, may be an answer to the question of the President of the Court of First Instance so that the payment of the penalties does not arise as a result,” Verlinden reportedly said in her written response to VRT.