Not all Belgians will stick to rules over Christmas, study shows 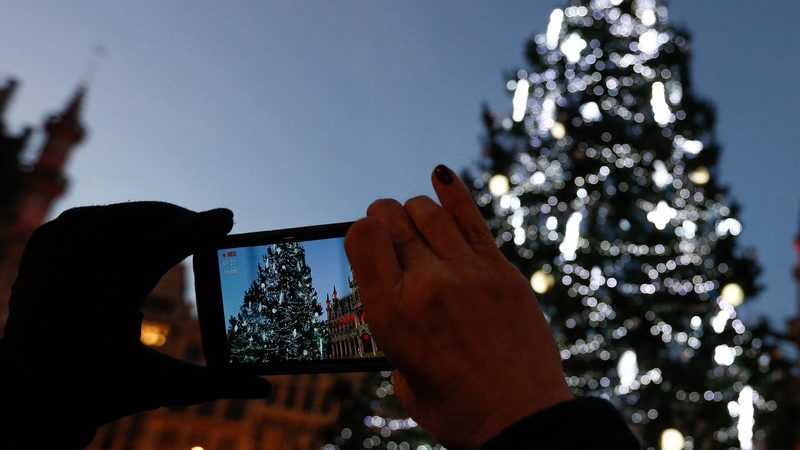 A person takes a cellphone picture of the Christmas tree and lights illuminating the Grand Place in Brussels, Belgium, 23 December 2015. [EPA/LAURENT DUBRULE]

A significant portion of the population considers it unlikely that they will fully adhere to strict contact rules at Christmas, according to a study by the University of Antwerp. “If we want to avoid a third Christmas wave, we need a European approach to winter travel,” Belgian Prime Minister Alexander De Croo told EU leaders during Thursday’s summit.

One in three Belgians does not intend to celebrate Christmas in the limited family circle: 86% of the 26,000 respondents think it is likely that they will celebrate Sinterklaas with the family and at most one hug contact, the study results show.

For New Year’s Eve that percentage drops to 75%, at Christmas it is only 68%.

“The point has been raised by many that we have to look there in order to have a common position in it. Otherwise, it is senseless that certain countries look at it in one way and other countries in a different way,” De Croo said.

“For Thanksgiving in the United States, the CDC has advised everyone not to go back home. It’s not exactly the same as skiing holidays, but it does give an idea of the way people could communicate about it,” he added.