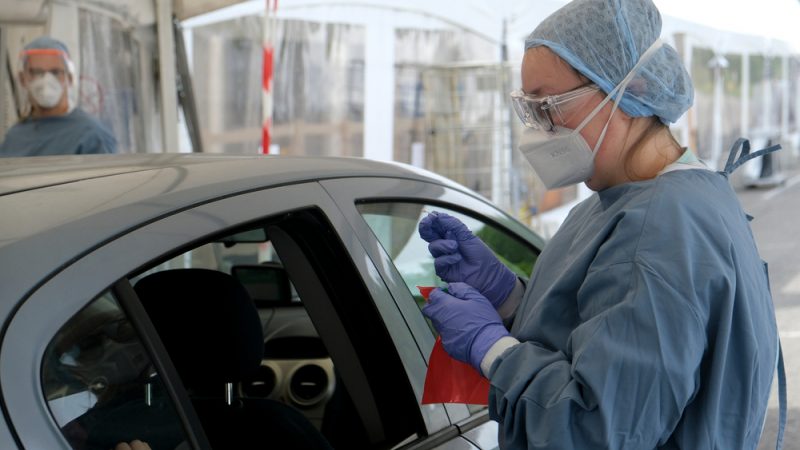 Between 6 and 12 November, Belgium’s health institute Sciensano recorded an average of 5,057 new infections per day, which is 47% less than the week before. [Shutterstock/ Alexandros Michailidis]

Next week, people who have no symptoms of COVID-19 will again be able to get tested if they come into contact with a person that was positive. This has not been possible in recent weeks as there were too few tests available.

Between 6 and 12 November, Belgium’s health institute Sciensano recorded an average of 5,057 new infections per day, which is 47% less than the week before.

During the same period, an average of 29,300 tests per day were administered.

However, virologists have warned the actual number may be higher due to the adjusted testing strategy of only testing people who have had a high-risk contact or who have returned from a red zone and who show symptoms.

“You can’t forget that 20 to 30% of people never develop symptoms  – we couldn’t determine them anymore, because they were no longer tested,” virologist Steven van Gucht told VRT Nieuws.

“Now that we are testing them again, that is good news for the fight against the epidemic,” he said.

“If you calculate that you still have to test three close contacts for each contamination, you will end up with 60,000 tests,” Van Gucht said.

He, however, warned that the renewed testing will come together with the effects of reopening of schools, which will likely see a spike in cases.