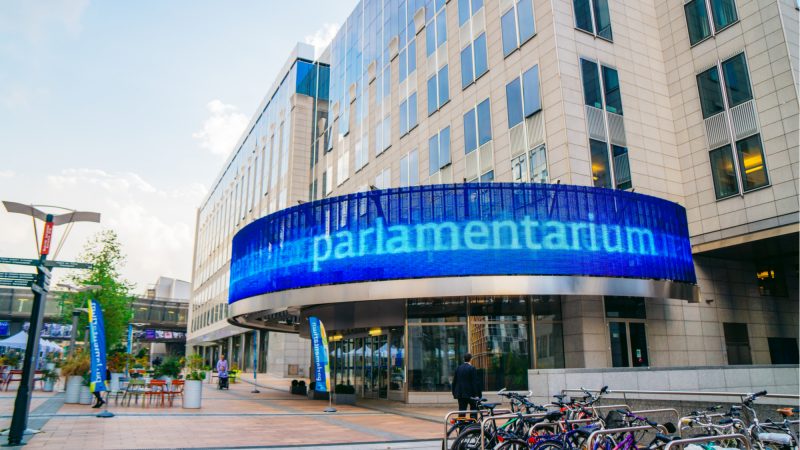 Exterior view of the European Parliament's Parlamentarium which is set to become a vaccination centre. [Shutterstock/Hieu VO]

While the vaccination of residential care centres is currently underway, Belgium is consolidating the locations for nationwide vaccination centres, which according to government information should be ready by March.

From Monday (18 January), the vaccination of hospital staff will start, while doctors and staff of other public health institutions will be vaccinated from February onwards, both through the hospitals itself.

The vaccination centres will become crucial in March when the collective vaccination of people over 65 and over 45 with underlying health conditions will start.

They’re meant to be followed by people with an “essential profession” in April and, if everything goes according to the government’s vaccination strategy,  the rest of the population around summer.

All locations can be found in a regularly updated map by VRT which shows the preliminary overview of the locations for vaccination centres that are already known.

“With this vaccination strategy, the Brussels Region has an ambitious and coherent plan to put an end to the very difficult period we are experiencing”, Brussels Minister of Health Alain Maron (Ecolo) said.

The ten Brussels centres are gradually being opened, with the first four centres to open at the beginning of February and six in March.

One of them will be also located in the European Parliament visitor centre, the Parlamentarium.