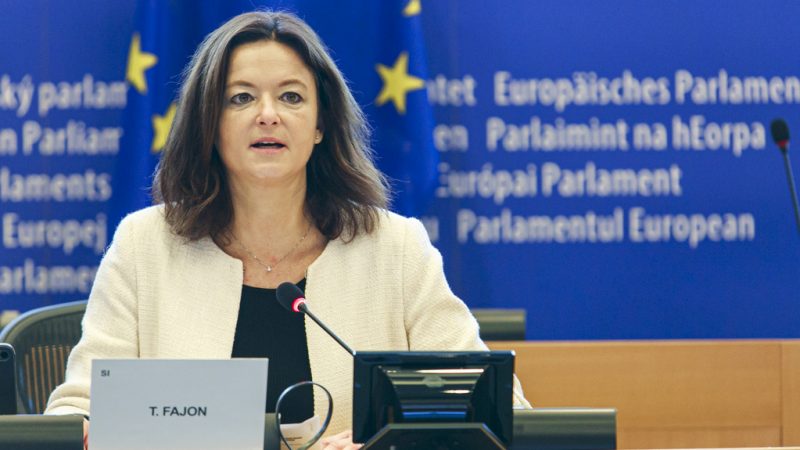 Additional details about the resumption of the dialogue will be known on Thursday after talks between Serbian parliament speaker Ivica Dačić and EU representative David McAllister, Fajon told Nova S TV. [European Parliament]

Slovenian MEP Tanja Fajon (S&D) has confirmed that the authorities in Belgrade have requested her to be excluded from the Serbian inter-party dialogue, warning this is unacceptable for Brussels as the EU has clear representation rules.

Additional details about the resumption of the dialogue will be known on Thursday after talks between Serbian parliament speaker Ivica Dačić and EU representative David McAllister, Fajon told Nova S TV.

“I did not hear this from President Vučić, but McAllister has told me about his meeting with Dačić, who requested my exemption from the dialogue. It is unacceptable for us as the EU and the EP have internal rules for representation,” said Fajon, who is also the chair of the European Parliament’s Delegation to the EU-Serbia Stabilisation and Association Parliamentary Committee.

“Possibly, because I am a Social Democrat, possibly because I have criticised some things in Serbia. Maybe some think that I represent some part of the opposition. I am sorry that my statements have been understood that way in Serbia, but I am simply used to the fact that politicians use my name in different ways. That seems to be part of the political culture in Serbia, but not only there, here in Slovenia too,” Fajon noted.