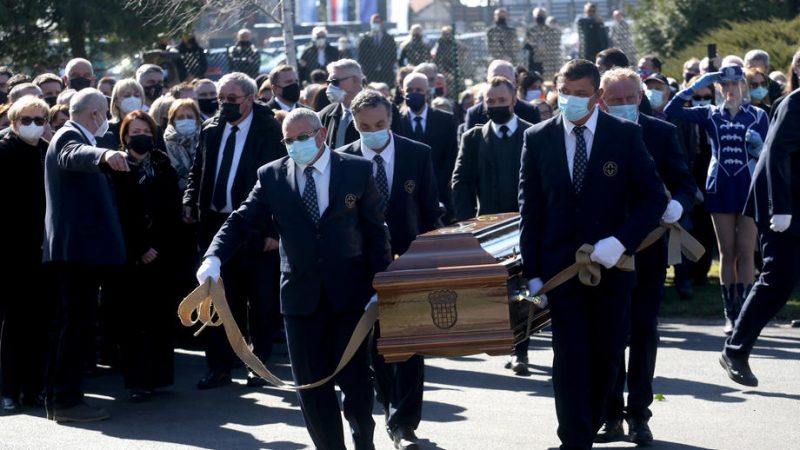 A mass funeral, with little regard for social distancing measures, was held on Wednesday for Zagreb’s long-serving mayor, Milan Bandić, who died of a heart attack on Sunday, aged 65. Along with the family, friends, and close associates, the funeral was attended by senior state officials, including Prime Minister Andrej Plenković and Parliament Speaker Gordan Jandroković. President Zoran Milanović, who had been the president of SDP when Bandić was expelled, did not attend.

Acting Mayor Jelena Pavičić Vukičević described Bandić as a “person with so much vital energy and love for all, a person who did so much for this city, becoming part of its identity and dreaming big dreams about its future. He was unique and inimitable.”

While the mayor of Skopje, Petre Shilegov said Bandić was “a machine that amassed people around him”, Ljubljana Mayor Zoran Janković said he “will be missed” and Belgrade Mayor Zoran Radojičić said he saw how much “Bandić loved his job”. Sarajevo mayor, Abdulah Skaka, said that “Bandić saw his job as a hobby”.

The late Zagreb mayor was involved in several judicial processes linked to corruption and embezzlement but no charges were pressed. (Željko Trkanjec | EURACTIV.hr)