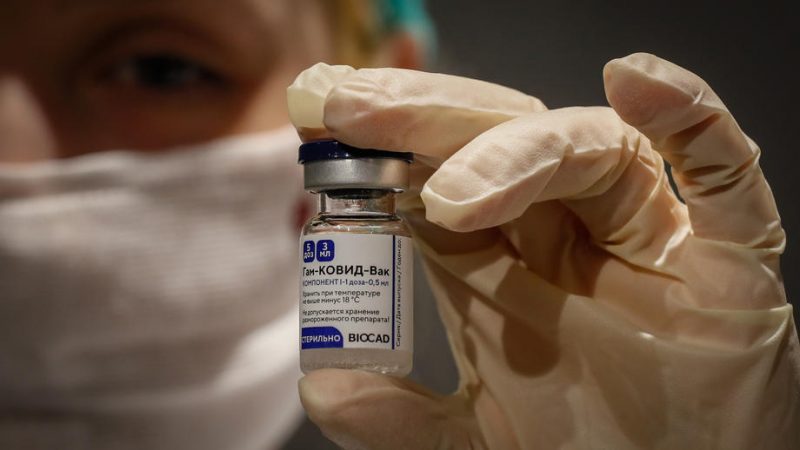 German health experts have said they are optimistic that the Russian COVID-19 vaccine will be approved for use in the EU. The comments come after Federal Health Minister Jens Spahn had said COVID-19 vaccines from China and Russia could be used in Europe to overcome the EU’s supply shortage.

Such a move, however, could be a geopolitical victory for Russia’s President Vladimir Putin.

“Regardless of the country in which a vaccine is manufactured, if they are safe and effective, they can help cope with the pandemic,” Spahn had told the Frankfurter Allgemeine Zeitung newspaper. He also had added that like other vaccines, it was important for the Chinese and Russian jabs to be thoroughly reviewed by the European Medicines Agency (EMA).

Bavaria’s premier Markus Söder, also had said over the weekend that EU regulators should review the Russian and Chinese vaccines.

Following those remarks, the Head of Germany’s Permanent Vaccination Commission, Thomas Mertens, said he would “be very happy if we had the opportunity to expand our vaccine portfolio through this vaccine.”

The increased confidence comes after scientists published more data on the vaccine, which has already been in use in Russia for six months. Based upon this, the medical journal, the Lancet, published data placing the vaccine’s efficacy rate at 91.6%.

In an interview with Der Spiegel, MP and health expert Karl Lauterbach (SPD) said he had confidence in the experts at Lancet, calling them “absolute professionals” and “very trustworthy.”

At the same time, many EU diplomats fear EU approval of the Russian jab, Sputnik V, would bring a major geopolitical win for President Putin, at a time when the threat of a new batch of EU sanctions hangs over Moscow for the poisoning and detention of Kremlin critic Alexei Navalny.

In the past few weeks, countries like Hungary, Serbia and the Czech Republic had been seeking agreements with the Russian vaccine developer.

After the EU’s shortcomings over China’s mask diplomacy in the early stages of the COVID-19 pandemic, this would present yet another geopolitical faultline running through the bloc.