By Eleonora Vasques | AFP and EURACTIV.com 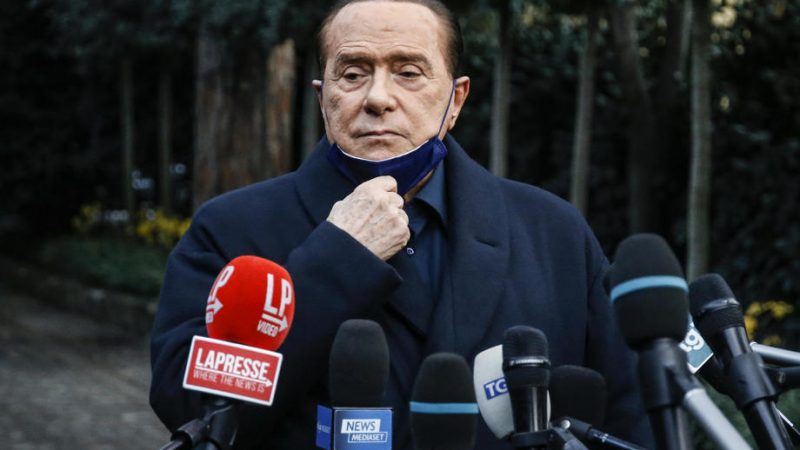 Forza Italia leader Indicated that he hopes to play the kingmaker. Berlusconi said he would work with his right-wing allies to agree on a candidate that can summon a “broad consensus”. [EPA-EFE/FABIO FRUSTACI]

Silvio Berlusconi, former prime minister and president of Forza Italia, announced on 22 January he would withdraw his presidential candidacy.

The 85-year-old who is still in the midst of legal proceedings over his “Bunga Bunga” sex parties, insisted he had the support in parliament to win – something analysts doubted.

But in a statement issued to the media, he said he was withdrawing in the spirit of “national responsibility”, to avoid further controversy.

Indicating he hopes to play the kingmaker, Berlusconi said he would work with his right-wing allies to agree on a candidate that can summon a “broad consensus” – but made clear it should not be Draghi, a sentiment echoed by some other political voices.

“Mario Draghi should not go to the Quirinal, he should remain prime minister, where he is immovable,” Antonio Tajani, vice-president of Forza Italia and ex-president of the European Parliament, told Forza Italia party representatives in a meeting, news agency ANSA has reported.

But many think that Draghi could also be Italy’s next president, though there is no shared idea on who can replace him.

“It is very likely that tomorrow [24 January] we will vote for a blank ballot paper in order to give a sign of willingness and openness to interlocutors, despite the harshness of our condemnation of what happened yesterday in the centre-right,” said Democratic Party Secretary, Enrico Letta, on Sunday at a meeting with ministers Lorenzo Guerini, Andrea Orlando and Dario Franceschini.

“Together with 5-Star Movement and Liberi e Uguali, we can be incisive. There is a positive and constructive relationship that will continue in these days. Together, we have decided and communicated a commitment to talk to all political forces. A path to arrive on Tuesday or Wednesday with a name shared by all,” he added.