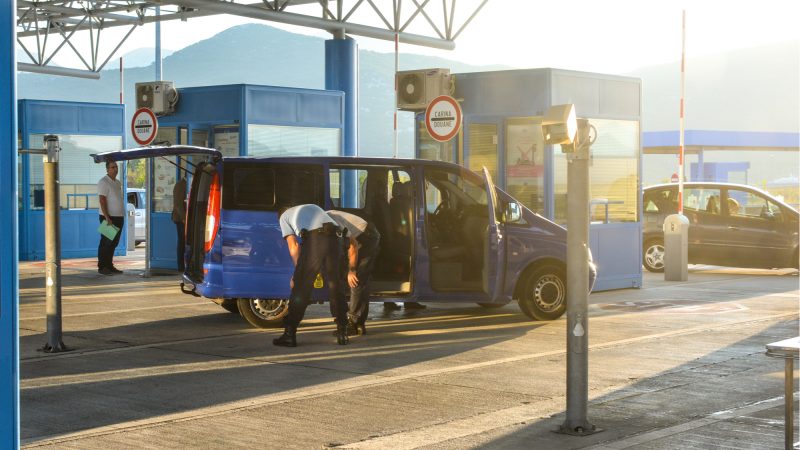 A van is stopped and checked by two inspectors at the border crossing at Ivanica between Bosnia and Herzegovina and Croatia. [Shutterstock/Kirk Fisher]

It was pointed out that all the necessary preconditions for the reform of the BiH border police have been met, but that the state institutions responsible have not implemented it for more than five years.

According to Bosnia’s Security Ministry Selmo Cikotić, there are currently fewer than 7,000 migrants in the country, 4,500 of which are in the Sarajevo Canton area and 2,500 in the Una-Sana Canton area. Most of them are waiting for the warmer spring weather to try to enter Croatia, N1 reported.  (Željko Trkanjec | EURACTIV.hr)