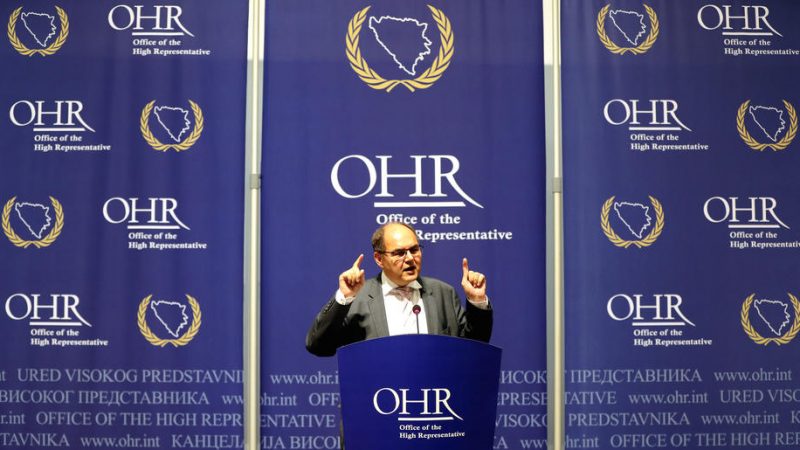 Media in BiH are speculating that Schmidt is considering the possibility of imposing an election law. [EPA-EFE/Fehim Denir]

The position of High Representative Christian Schmidt is not the official position of Germany, the temporary Chairman of the BiH Presidency, Željko Komšić, said after meeting with ambassadors of the EU, adding that “we have spoken with Merkel”, klix.ba reported.

Media in BiH are speculating that Schmidt is considering the possibility of imposing an electoral law unless political parties agree on the matter and that it might include a provision whereby no one will be able to be a member of the country’s presidency for more than two terms. This would automatically prevent Komšić, who is now in his third term, from running for another term.

The Office of the High Representative to Bosnia and Herzegovina (OHR) dismissed the accusations that Schmidt was siding with the biggest Croat party, HDZ BiH, in discussions on amendments to electoral legislation. It urged the country’s authorities to decide on this matter in line with national law and international democratic standards.