BiH signs agreement with Japan for border and migration management 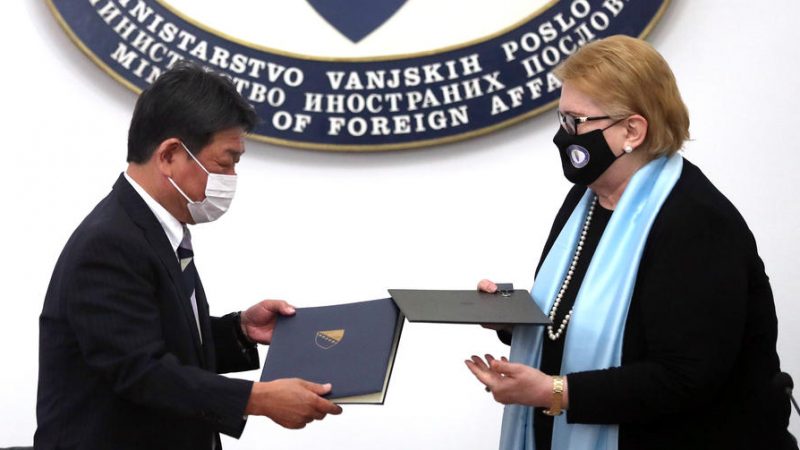 During an official visit to Sarajevo on Saturday, Japanese Foreign Minister Toshimitsu Motegi and his BiH counterpart Bisera Turković signed an agreement activating a previously approved grant of JPY 500 million (€3.8 million) to provide necessary equipment for the BiH security agencies responsible for border and migration management.

The funds will be used for the purchase of vehicles for the border police service, the service for foreigners’ affairs, and the police services of the country’s two entities – the Serb entity of Republika Srpska and the Bosniak-Croat Federation, Turković has said.

In the years following the 1992-5 war, Japan was one of the biggest donors supporting post-war reconstruction and development projects in the country. Japan is also a permanent member of the Steering Committee of the Peace Implementation Council, which oversees compliance with the Dayton peace agreement.

Turković said Motegi had reaffirmed his country’s support for the sovereignty and territorial integrity of Bosnia and Herzegovina and the Dayton peace agreement.