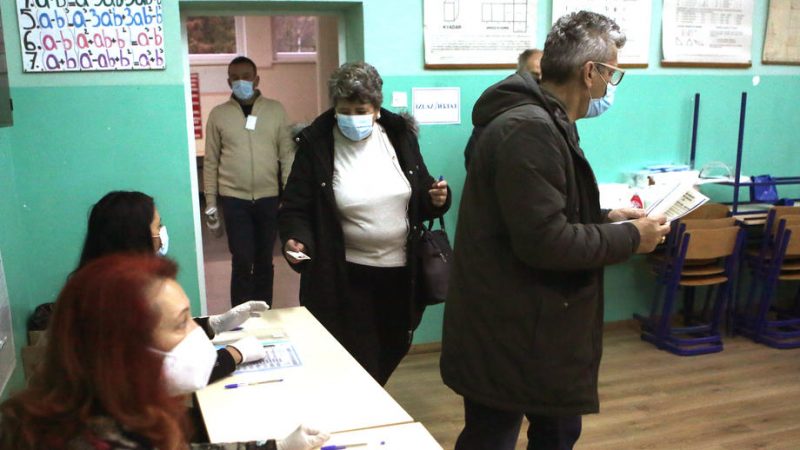 The general elections in Bosnia and Herzegovina (BiH) will be held on 2 October because that is the deadline defined by the election law in force, [EPA-EFE/FEHIM DEMIR]

The general elections in Bosnia and Herzegovina (BiH) will be held on 2 October because that is the deadline defined by the election law in force, Central Election Commission (SIP) president Željko Bakalar said on Thursday.

In a statement to the Sarajevo-based Dnevni Avaz daily, Bakalar confirmed that technical preparations for the election are underway and that SIP will act according to the provisions of the current election law until amendments to the law are agreed to.

SIP has to call the election no later than 150 days before the election, which means early May. This also means there is almost no time to pass possible new election law through Parliament.

Croatian Prime Minister Andrej Plenković and Dragan Čović, President of the HDZ BiH and HNS (Croatian National Assembly), the umbrella association of most of the Croatian parties in BiH,  expressed concern over the lack of agreement on electoral reform in BiH at a meeting in Zagreb on Thursday.

Plenković said that the Croatian government would continue to take an active part and provide support to further negotiations between political actors in BiH so that an agreement on changes to electoral legislation could be achieved as soon as possible.

Plenković and Čović said they were pleased that the international representatives had acknowledged the proposals by the Croat representatives in BiH and the views of Croatia’s government as a viable model for stability and functioning that would strengthen the key principles of the Dayton agreement while at the same time reflecting the European value system.

Plenković said he would continue talks with EU leaders and international representatives on the status of the Croats and the situation in BiH.

The RS Government on Thursday, in an urgent procedure, adopted a law establishing its own medicines agency, separate from the state-level Agency for medicinal products and medical devices.