Blinken: No Dayton II, but limited changes to BiH constitution 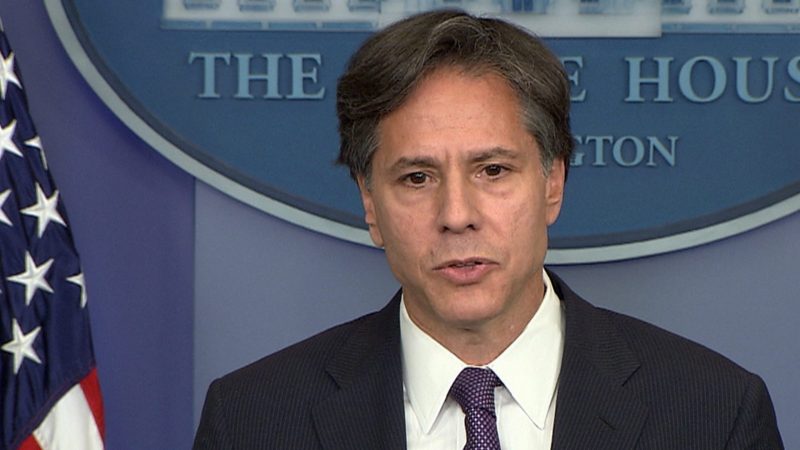 US Secretary of State Anthony Blinken has urged in a letter, for Bosnia and Herzegovina’s (BiH) three presidency members to engage in the implementation of “limited constitutional change that is necessary to reform the electoral system consistent with the requirements of the European Union membership and the rulings of the European Courts.”

According to Blinken, the 1995 Dayton peace agreement provided an excellent foundation on which BiH was built and that this enabled the country to set a sustainable path towards EU membership and stronger cooperation with NATO, noting that it was known from the start that the agreement was not set in stone and that it would be necessary to change it.

However, the US top diplomat did admit that the agreement’s evident shortcomings were confirmed in rulings of the European Court of Human Rights, including in the Sejdić-Finci case. Those rulings, as well as those of the BiH Constitutional Court, must be enforced so that BiH can progress towards EU membership, which cannot be achieved only by amending existing laws, he said.

“Limited constitutional change will be necessary to reform the electoral system consistent with the requirement of European Union membership and the rulings of the European courts,” Blinken wrote in the letter.

Blinken also said the agreement reached last year on new electoral rules for Mostar is the best proof it can be done if there is political will, adding that he is aware that some in BiH expect the US and the EU to organise Dayton II, a new peace conference on BiH.

While this would ensure radical changes to the current organisation of the country were made, something of this sort is not currently being considered, he added. (Željko Trkanjec | EURACTIV.hr)

One response to “Blinken: No Dayton II, but limited changes to BiH constitution”

Leave a Reply to Box of pandora Cancel reply