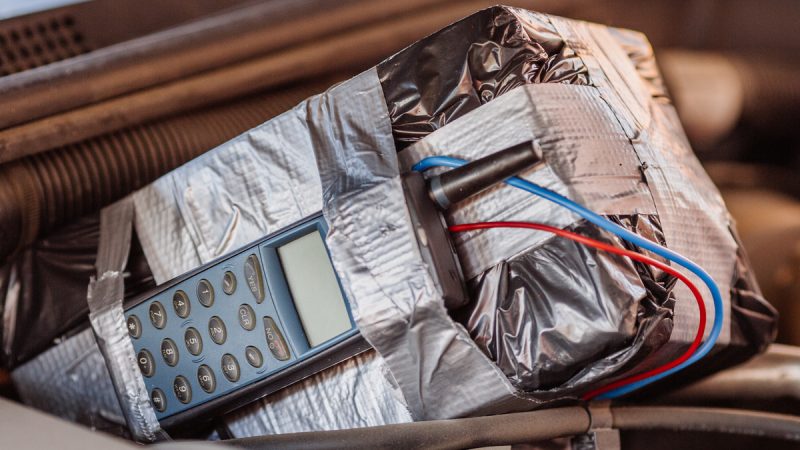 Duka has led KSHF for more than 20 years and plans to run for a sixth term. His presidency has been marred by allegations of corruption and abuse of office. [Shutterstock / PRESSLAB]

A suspected bomb exploded on Monday (24 January) night at the home of the head of the Albanian Football Federation (KSHF), Armand Duka, following threats against his life and a public spat with the Mayor of Tirana Erion Veliaj over upcoming elections.

The explosives were placed at the property gate, and no one was hurt.

“Everyone in the family is ok, thank god. It was an explosion. The blast was inside the house’s gate and broke the bars, there was no major damage,” he told the media.

Duka is embroiled in a public spat with the Municipality and Veliaj over his position at the head of the country’s football association. Veliaj wants him to leave and favours another candidate, while Duka refuses to step down.

Duka has led KSHF for more than 20 years and plans to run for a sixth term. His presidency has been marred by allegations of corruption and abuse of office. An insider at the Tirana prosecutor’s office confirmed to Exit that the organisation, though not Duka personally, was under investigation for financial fraud.

The vote for the new president will take place in March, and Duka is currently challenged by sports commentator Dritan Shakohoxha.

On Tuesday, Duka published threatening messages he received some days prior. The message told him to resign within 24 hours or “you will have 60 bullets in your head.”

Also, on Monday, a wiretap of Veliaj discussing the matter with members of the Tirana football assembly the day before a vote to elect the head of the regional football association of Tirana, was published in the media. The Municipality is a stakeholder in the association and therefore has a right to participate.

In one comment, he said: “I am going to do whatever it takes to make their life miserable through prosecutors and SPAK”. He added that football is the only sector not under “our control”.

The Mayor called on supporters to visit the Albanian Football Federation and “take a piss in their home”, as well as saying he would “go to every city” because “I want to control football. Football is one of the rooms in my house.”

Veliaj admitted that he appeared in the audio recording published by the FSHF spokesperson.

“I stand behind what I have said in the dirty FSHF audio-recording,” he said, accusing the FSHF President of blackmail and rigging elections.

Veliaj stressed that he is involved in the election process as the Mayor of Tirana, an FSHF stakeholder, and not as the ruling Socialist Party official.