Borrell: No place in EU for genocide deniers, supporters of war criminals 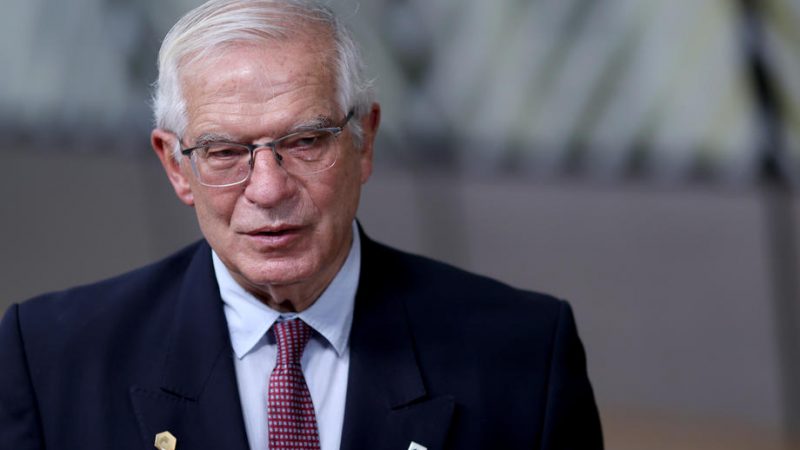 The EU’s chief diplomat warned that there was no place in the EU for those who publicly supported genocide, war crimes, and war criminals. [EPA-EFE/KENZO TRIBOUILLARD]

Senior EU officials Josep Borrell and Oliver Varhelyi hailed on Tuesday Serbia’s progress toward gaining EU membership by opening Cluster 4 of the membership negotiations. The EU’s chief diplomat also warned that there was no place in the EU for those who publicly supported genocide, war crimes, and war criminals.

The two EU officials also pointed to the success of a referendum on judicial reform but stressed that the changes needed to be applied in practice “to enhance the quality of political democratic life in Serbia.”

Varhelyi told a joint news conference with Prime Minister Ana Brnabić, after a meeting of the EU-Serbian Council for Stabilisation and Association in Brussels, that Serbia had fulfilled the conditions for opening Cluster 3, which was key for the economy, in membership talks with the EU and that this could happen in June.

Varhelyi also pointed out that upcoming elections in Serbia needed to be fair and free, and with the participation of everyone so that after the election, Serbia could progress faster and with better results.

The EU’s chief diplomat, Josep Borrell said that progress in human rights and dialogue with Pristina would decide the pace of further pre-accession talks.

Borrell stressed that the “momentum” was good because a cluster was opened in December, while citizens chose changes to the Constitution in a referendum which should guarantee an independent judiciary, and that if Serbia were to maintain this momentum it was essential to conduct reforms including those that applied to the rule of law and freedom of the media.

“We presented this to the Prime Minister of Serbia, and we are sure that Serbia will continue, under her leadership, along the European path,“ Borrell added.

Serbia will continue working on reforms in the area of rule of law without pausing, said Serbian Prime Minister Ana Brnabić.

“This momentum has never been witnessed before,” said Brnabić, adding that Serbia would labour to open Cluster 3 in membership talks in June and prepare another cluster by the end of 2022.

One response to “Borrell: No place in EU for genocide deniers, supporters of war criminals”