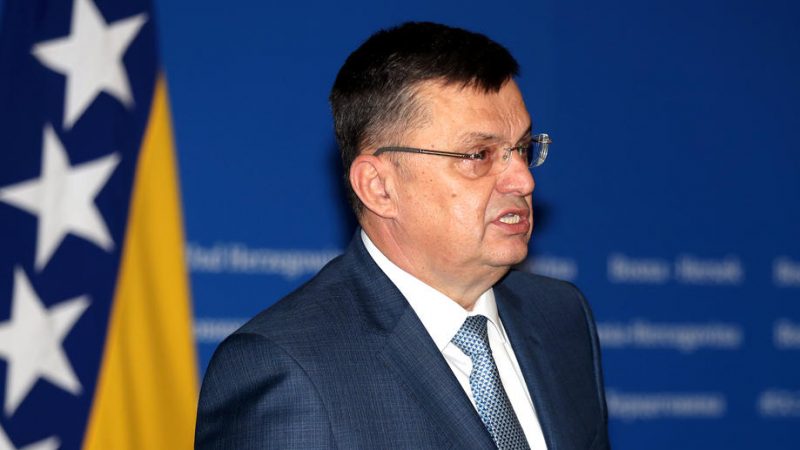 The border crossing was inaugurated by Chairman of the Bosnian Council of Ministers Zoran Tegeltija and Montenegrin Prime Minister Duško Marković. [EPA-EFE/FEHIM DEMIR]

A new, joint border crossing on the Nikšić-Bileća road on Montenegrin territory called Vraćenovići, in which €2.5 million was invested, opened on Tuesday (20 October).

The integration of the two border crossings into a one-stop-shop crossing point where the border services of Bosnia and Herzegovina and Montenegro will work side by side has simplified crossing the border.

The border crossing was inaugurated by Chairman of the Bosnian Council of Ministers Zoran Tegeltija and Montenegrin Prime Minister Duško Marković.

Tegeltija said that the project was one of a series of successful projects between Bosnia and Montenegro and the EU, and added that he hoped there would be even bigger projects over the coming years. (EURACTIV.rs | betabriefing.com)