Bosnia to receive vaccines from Turkey 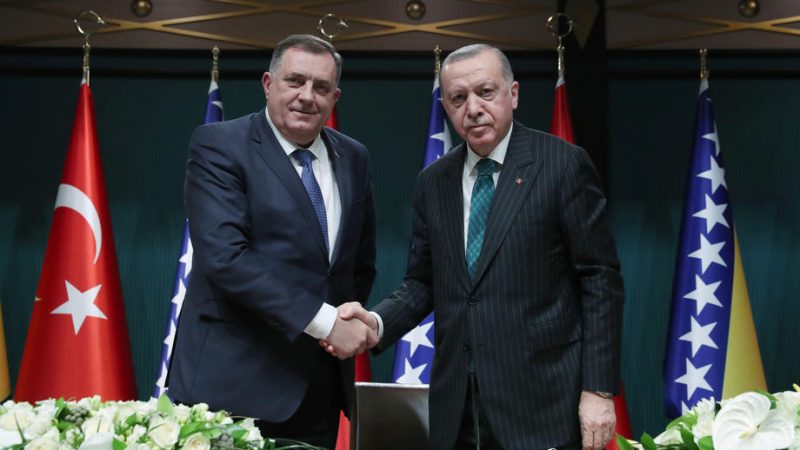 Turkey has promised to deliver 30,000 doses of the COVID-19 vaccine to Sarajevo, announced President Recep Tayyip Erdoğan, who on Tuesday received Bosnia and Herzegovina’s tripartite presidency members in Ankara.

Turkey’s president also stressed that one of Turkey’s aims is to ensure that bilateral trade between the two countries reaches a billion dollars annually, he added.

BiH and Turkey also signed an agreement on the construction of the Bosnian stretch of a Sarajevo-to-Belgrade highway, although it was not specified how the project will be financed.

“The Sarajevo-Belgrade motorway is very important for BiH because it will connect the capital with the northeastern and southeastern part of BiH”, Šefik Džaferović, a BiH Presidency member, said after the meeting. This project is of exceptional importance for the entire region of the Western Balkans, not only for the better traffic connection between Sarajevo and Belgrade but also for the stability of this part of Europe, Džaferović added.

Milorad Dodik, the Serb member of the Presidency, however, has said that trilateral cooperation between BiH, Turkey and Serbia should also be joined by Russia. (Željko Trkanjec | EURACTIV.hr)